Over the past few weeks, there has been much debate about academic freedom in the United States. It was sparked by the decision of Hamline University not to renew the contract of an adjunct professor who showed a famous 14th-century Persian painting of the Prophet Muhammad and Angel Gabriel in her art history class. The decision was made following the complaint of a Muslim student who felt offended.

“We now find ourselves at the heart of a purported standoff between academic freedom and equity.” These words by Hamline University President Fayneese Miller succinctly summarise what appears to be a false dichotomy thrust upon professors across the country.

Academic freedom defenders have condemned the non-renewal of the adjunct professor, while equity advocates have reiterated the importance of creating university environments that are welcoming and inclusive to America’s rapidly diversifying student population, including Muslims.

Speaking past each other, these two camps miss the real problem here: the commercialisation of higher education to the detriment of students and faculty alike.

Facing financial pressures to cut costs, even as tuition skyrockets, administrators in both public and private schools have been replacing tenure-track lines with adjuncts since the 1970s. In 2020, two out of every four faculty in the US were adjunct professors on short-term contracts with no guarantee of renewal, getting paid just a few thousand dollars per class.

About 25 percent of adjunct professors rely on public assistance and 40 percent cannot meet basic expenses, according to the American Federation of Teachers.

Compare this to 1969, when approximately 78 percent of faculty were tenure or tenure-track earning a living wage. State funding covered over 70 percent of public university budgets in the 1970s; today it has dropped to 34 percent. Tuition dollars are now covering that difference.

Students’ demands to be fully satisfied extend into the classroom. As a result, professors are increasingly confronted by administrators responding to student complaints about workload, teaching style, assigned content, class discussions, or other matters that should be fully within the professor’s discretion.

If the university is no different than a company that provides a consumer product, tuition-paying students unsurprisingly feel entitled to tell professors how and what to teach.But universities are not commercial entities, despite the troubling trend of administrators behaving as company executives. Nor are faculty merely employees. 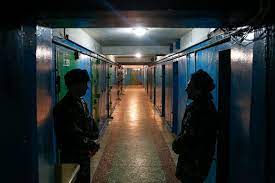 US midterms: Why abortion never gets old as a hot election topic