It is official, Muhannad Al-Hamdi is engaged.

After months of speculations about Saudi actor Muhannad Al-Hamdi’s relationship and the identity of his girlfriend, today he announced that he officially proposed to the mistress who happens to be Lebanese fashion blogger Farah Mourad, 30.

Al-Hamdi posted a black and white picture with Farah on Instagram, and wrote “Thank God” adding a black heart emoji.

Features of the lady in the picture were not clear, but followers made sure that it was Farah Mourad because she posted the same picture on her Instagram account, and Muhannad commented with blue heart and ring emojis.

Previously when news broke of Muhannad seeing someone, all eyes went to his co-star Egyptian actress Nour Al-Ghandour.

And today she joked and commented on Muhannad and Farah’s engagement: “No one will hand you over to the madam but me. Congratulations.” 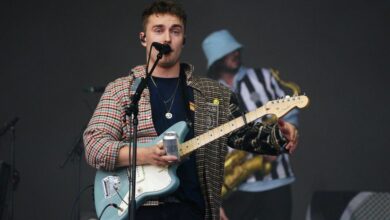 Hisham Selim Passes Away at The Age of 64