Ukrainian President Volodymyr Zelensky said experts and diplomats from his country are working closely with their Canadian counterparts in Tehran after Iran admitted it accidentally shot down a Ukrainian airliner.

“Our Ukrainian experts and diplomats are ready to collaborate closely with our Canadian counterparts in Tehran. I confirmed this to @JustinTrudeau once more. We will also coordinate efforts to punish those responsible for this tragedy,” Zelensky wrote on Twitter.

Iran initially dismissed Western claims it was brought down by a missile before admitting it on Saturday.

The blunder and the official response has so far sparked four consecutive nights of protests. 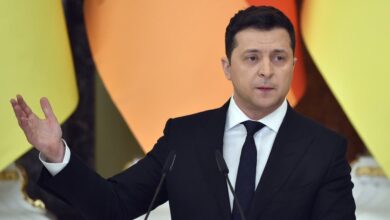