She gave birth to her daughter Zaneyah in January, just four months after the couple tied the knot with Martin Tiser, 18, in September last year.

But Zayn Malik’s sister Safaa, 17, revealed on Monday the chilling truth that trolls have sent her death threats against her five-month-old daughter.

Safaa shared a screenshot of the cruel words that were sent to her friend about her child via Instagram, writing that it was a ‘disgusting world’ for that to happen.

The troll made vitriolic comments about Zaneyah, calling her ‘ugly’ and saying that Safaa ‘got married to cover that fact that you was pregnant.’

Coming to her defence, her friend said in response: ‘I’m not Safaa but who the f*** are you to say anything about her or zaneyah and how she Wants to live HER life. F******g freak [sic].’

The friend then called out all trolls as she said Safaa has ‘been getting so much hate for no reason’, and told them to ‘think about the affect of your words’ on the teen.

Safaa, who tied the knot in a traditional Nikkah ceremony, celebrated her pregnancy with a pink-themed baby shower among her friends and family last November.

She appeared in a series of social media images, and wore a sash around her neck which read: ‘It’s a baby girl’ as she celebrated with her nearest and dearest in front of a flower wall.

Safaa debuted her bump in a pink form-fitting dress and slippers at her pink-themed baby shower as she happily posed for pictures.

Days after the celebration, Zayn shared pictures as he jetted back to the UK to see his family and no doubt congratulate Safaa on her pregnancy.

Proud mum Trisha previously shared a number of snaps of the newlyweds on Instagram alongside the caption, ‘My baby girls big day’ (sic)’.

The bride and groom – who is of Slovakian descent – posed for pictures on their special day, flanked by their delighted mothers on either side.

Zayn’s dad Yaser, sisters Doniya, 28, and Waliyha, 21, attended the ceremony but the Best Song Ever hit-maker – seemed to still be in the U.S.

The teen’s new husband Martin took to his Instagram account to thank their supporters in the wake of some people telling them they were too young to wed.

He wrote: ‘Thanks to all of you who support us. We so appreciate that.’

The Pillowtalk singer’s family still live in Bradford and he supports his parents and sisters financially.

Two years ago, Trisha launched a beauty salon with the help of her daughters Waliyha and Doniya, but it has since closed.

Safaa is the youngest member of the family and is still at school.

Ehab Tawfik Throws a Concert TWO WEEKS After His Father Died in a Fire! (Pictures) Will She be Okay? Turkish Star Elçin Sangu Gets in a Serious Car Crash

Jason Derulo and Jena Frumes Announce They Are Expecting Baby 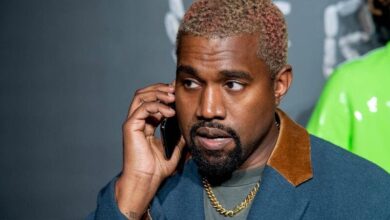 Anne Hathaway Shares the Relatable Way She Reacts to Nerves