YouTube is not a “public forum” that must guarantee users’ rights to free speech, a US court has ruled.

The case involved right-wing channel PragerU, which argued YouTube was infringing its rights by “censoring” its conservative views.

But judges decided that the US constitution’s First Amendment did not apply to YouTube, a private company.

The landmark ruling by US judges could affect future cases involving freedom of speech online.

The decision, by San Francisco’s Ninth Circuit appeals court, rejected the conservative news outlet’s claims that YouTube had breached the First Amendment by censoring its content.

PragerU said it was still “not done fighting for free speech” and the appeals court “got this one wrong”.

Jim Killock, from the Open Rights Group, said the ruling was “uncontroversial” and followed established interpretations of free speech law.

But he also said the case was part of a continuing row over who made censorship decisions online: “Instinctively, if something is in a public space, why should some content be restricted? Why should a company make that decision?” he said.

The First Amendment to the US constitution is part of the country’s landmark Bill of Rights, from 1791. Among the declarations, it guarantees that the government will not “abridge” the freedom of speech in law.

That guarantee is between the government and the people – and does not usually involve private companies. But there are rare exceptions in cases where a company becomes a “state actor”, performing a public function.

In the case of PragerU, YouTube had removed advertising from dozens of videos that present right-wing views, setting some of them to “restricted mode” for adult viewing only.

The channel is part of a non-profit founded by conservative radio host Dennis Prager, and has nearly 2.5 million subscribers, but it has attracted significant criticism for its videos, including ones on “harnessing” masculine aggression and the nature of Islam.

PragerU argued that YouTube’s size and power meant that the world’s biggest video platform was effectively a public space, and it was censoring conservative viewpoints.

But the court decided on a “straightforward application” of the first amendment, and dismissed the appeal.

“Despite YouTube’s ubiquity and its role as a public-facing platform, it remains a private forum, not a public forum,” the court said.

PragerU’s Craig Strazzeri said: “Of course this ruling is disappointing, but we won’t stop fighting and spreading public awareness of Big Tech’s censorship of conservative ideas.”

Much of the dispute centres around content that is perfectly legal – but upsetting to some groups.

He highlighted a model of content moderation recently announced by Facebook, where an independent oversight board will have the power to overrule the company’s decisions.

It will be led by British human rights expert Thomas Hughes, who said the board is committed to protecting free expression and human rights.

“The problem is they’re so large, any restriction affects a large number of people,” he said. “Setting the boundaries is a very complex topic,” Mr Killock said.

“They do become de facto public spaces – and whatever decision they come to will be controversial”. Twitter confirms sale of company to Elon Musk for $44 billion 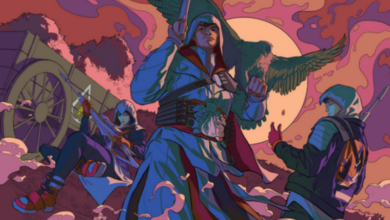 Here Are The Upcoming Hottest Video Games in 2020?