A model who posed for pictures without a hijab has been snatched off the street by Iran-backed Houthi rebels who are planning to prosecute her in a kangaroo court for being a bad influence.

The young Yemeni model and actress kidnapped by Iran-backed Houthi rebels is set to be ‘tried’ by her abductors who see her as a corrupting influence, according to reports.

Entesar Al-Hammadi, 20, and two of her colleagues were snatched from a street in the rebel-controlled Yemeni capital, Sanaa, on February 20.

The kidnapping is believed to be part of a series of crackdowns on objectors and liberals in areas of the country controlled by the rebels.

A Houthi ‘prosecutor’ will question the young model on Sunday, according to her lawyer, Khaled Mohammed Al-Kamal, who said that she was arrested unlawfully.

‘My client was arrested without a warrant,’ Al-Kamal told Arab News.

Entesar and her colleagues were on their way to film a drama TV series when their vehicle was stopped by rebels, who abducted the women, taking them to a secret location in February.

They were ostensibly arrested for violating Islamic dress norms, according to reports.

Yemeni Minister of Information Moammar Al-Eryani wrote on Twitter: ‘They must stop the extortion of women and release all disappeared women from their secret prisons unconditionally.’

Entesar had told a Yemeni TV channel that she dreamed of travelling abroad to escape Yemen’s conservative society last year.

Entesar, whose mother is Ethiopian, said at the time: ‘It would be great if I was given an opportunity outside Yemen.’

According to a report in Arab News, as a child, Al-Hammadi dreamed of being a model, wore her mother’s clothes around the house and imitated famous models she watched on TV.

Her parents told her that her aspiration to become a model was a ‘pie in the sky’,  Al-Hammadi said in a TV interview last year.

She gained popularity after her friend, who was a professional photographer, published photos of her on social media wearing traditional Yemeni outfits.

The 20-year-old has appeared in two local TV drama series and had planned to attend college next year. 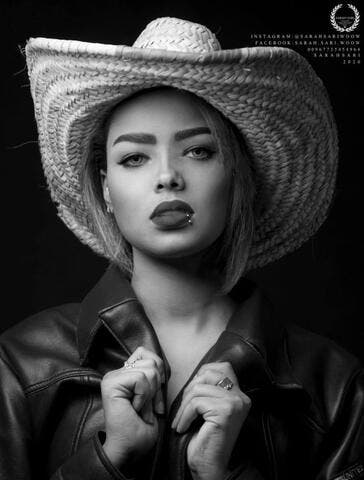 Tattoo ‘Do it Yourself’ Gets Popular During Lockdown