After Egyptian couple Yasmine Sabri and Ahmed Abo Hashima announced their engagement, the public interest in their news has increased.

A few days ago, Yasmine shared an ordinary picture of her workout in a gym, but what caught the attention of the public is that the gym was same as where her fiancé businessman Ahmed Abo Hashima exercises, which had appeared in a photo he shared the day before.

Upon checking the photos, it turned out that this is not a public gym,  but actually located inside Abo Hashima’s palace.

From their side, social media users launched an attack on Yasmine and Ahmed based on these pictures, and expressed their disapproval of her spending home quarantine alongside her fiancé, without being married yet, which is against Arab norms and Islam. 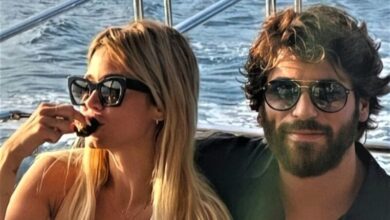