Yasemin Özilhan, who gave life to the character of “Ela” in the “Doctors” series which marked a period, quit acting after marrying businessperson İzzet Özilhan.

The beautiful socialite Yasemin Özilhan, who is actively using her social media nowadays, has drawn attention with her shares.

Yasemin Özilhan became the agenda on social media with the recipe she shared this time. Here is the astonishing cost of the recipe given by the beauty socialite.s

Yasemin Özilhan, who gained fame with her role in the Doctors series, shared a recipe using pecans on her social media account.

Her followers, who saw that 1 kilo of the walnut used by the socialite was 760 TL ($56.5), could not hide their surprise of the price of one ingredient in the recipe. 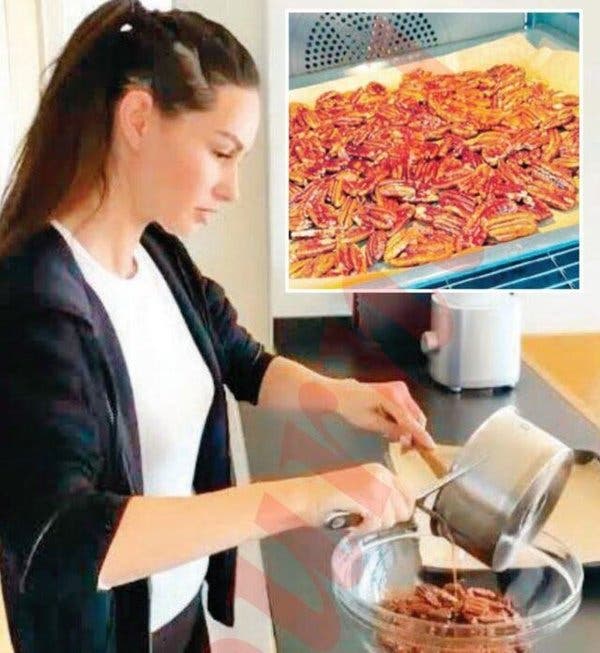 Former actress Yasemin Özilhan, who married businessperson İzzet Özilhan in 2011 and gave birth to 2 children, took a break from acting and focused on social media.

Yasemin Özilhan, who takes care of her health and nutrition, entered the kitchen this time and gave a snack recipe using pecans.

Those who saw Özilhan, who made a snack with walnuts that cost 760 TL, commented that “Yasemin Özilhan lives this life”.

WHAT IS PICAN NUTS?

The origin of this plant species, known as “pecan” in the world, is based in America.

Pecans, a hard-shelled fruit, are an extremely powerful source of antioxidants, protein, and fat. Onur Tuna Gets Attacked Over an Award ”he Doesn’t Deserve”