The government has confirmed it is ending the ban in the UK on fracking, a controversial technique that involves drilling and using liquids at high pressure to release shale gas.

In her first speech as prime minister, Liz Truss said: “We will get spades in the ground to make sure people are not facing unaffordable energy bills.”

She has pledged to increase domestic energy production with more oil and gas from the North Sea as well as fracking.

And the new Business and Energy Secretary Jacob Rees-Mogg told MPs on 22 September: “We also need more secure and cheaper supplies of gas, which is why we are going to issue more licences and why we are looking at shale gas.”

He has said the government expects to award “more than 100 new licences” for oil and gas exploration in the North Sea.

But there have been warnings that these measures will not reduce people’s energy bills in the short-term.

“Greater domestic production of fossil fuels may improve energy security,” the heads of the Climate Change Committee and the National Infrastructure Commission warned in a letter to the prime minister. “But our gas reserves – offshore or from shale – are too small to impact meaningfully the prices faced by UK consumers.”

The tweet said it was a myth that extracting more North Sea gas lowers prices on the grounds that “UK production isn’t large enough to materially impact the global price of gas”.

Fundamentally, UK energy companies buy gas – including from the North Sea – on the international market where prices are set by global supply and demand.

The amount extra that could be extracted from the North Sea – or from fracking – is unlikely to be enough to bring down bills significantly unless the government agrees a price with the companies that extract it.

The government has said it will look at new long-term energy contracts with domestic and international gas suppliers, although they create a danger of being tied into prices that are above market levels in the future.

There are also questions about how long it would take for any extra gas to be available.

Prof Jonathan Stern from the Oxford Institute for Energy Studies says: “The main issue is that if you started drilling tomorrow, had success the day after and everything else went to plan, it would still be two to four years before you could produce enough gas to make a difference to UK output.”

While government estimates suggest there is still a significant amount of oil and gas under the North Sea, Prof Stern says that most of that is now in deep water, far from shore, which means it takes even longer to bring it online.

Reversing the ban on fracking does not present an easy, quick answer to high energy bills either.

Prof Stern said research 10 years ago had concluded that fracking wasn’t viable in Europe and that was still the case.

“The problem is you don’t know if you have a worthwhile resource until you’ve dug 50 to 100 wells, and that’s a huge problem in Europe.”

That is because Europe is generally more crowded and land is more expensive than in the US, where fracking has extracted considerable quantities of gas and kept down domestic energy prices.

“The US infrastructure for export is relatively limited, so they can only export a small proportion of what they’re producing,” said Kathryn Porter, an energy consultant at Watt-Logic.

That makes it harder for US companies to sell their gas outside the country, which keeps the domestic price much lower.

But the boss of the fracking company Cuadrilla welcomed the lifting of the moratorium, saying: “This is an entirely sensible decision and recognises that maximizing the UK’s domestic energy supply is vital if we are going to overcome the ongoing energy crisis and reduce the risk of it recurring in the future.”

What could lower bills in the UK?

New onshore wind energy could come online faster than gas. The European Wind Energy Association says that a small wind farm can be built in as little as two months, once planning permission has been granted.

But a bigger farm that needed infrastructure such as new roads could take closer to two years. And the planning permission process can take two or three years.

During the leadership campaign Liz Truss indicated that she favours other forms of generation over onshore wind, but Chancellor Kwasi Kwarteng has just announced the planning process to install turbines will be made easier.

The CCC and NIC recommend a range of policies such as greater energy efficiency in buildings and better energy advice for consumers.

Some analysts have suggested that the solution is to separate electricity prices from gas prices by allowing households to have long-term contracts with renewable electricity generators. 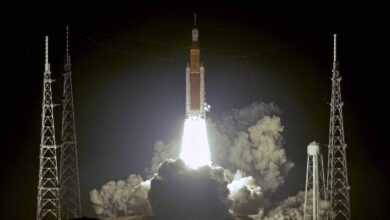 Remembering The Plague of Amwas!

Whatever Happened to The Kuwaiti Underground Plan?