“We have never seen days this dark,” says Souzan, a 50-year-old mother of two.

Speaking by phone from her small home in Beirut’s southern suburbs, nearly a month into the country’s lockdown to stem the spread of COVID-19, Souzan summed up the dire conditions confronting her and thousands of Lebanese.

“It’s worse than the war,” she told Al Jazeera.

The past six months have brought hardships unseen in Lebanon even during the bitter days of its 15-year civil conflict that ended in 1990. Decades of corruption and financial mismanagement by warlords-turned-politicians and a cabal of business elites combined with the war next door in Syria to plunge Lebanon’s economy into its worst crisis in living memory.

Already ravaged livelihoods are now buckling under the economic disruptions of the coronavirus pandemic, forcing people like Souzan – who asked her surname not be used – to seek aid for the first time in their lives.

A fraction of those in need qualify for government assistance. But a promised lifeline from the state has yet to materialize for tens of thousands of people, and cries for help in the country are growing more desperate.

Human Rights Watch (HRW) warned earlier this month that unless a robust aid programme is established, millions of Lebanese may go hungry. This in a country of more than six million, of which some 1.5 million are Syrian and Palestinian refugees.

But programmes take time, and the government is running out of it. People are hungry. Now. And they are taking their anger to the streets.
Slow burn ignites into full-blown crisis

The International Monetary Fund (IMF) predicts that Lebanon’s economy will contract by a staggering 12 percent this year – by far the most severe downturn in the Middle East and the third-deepest recession forecast for the world, behind Venezuela and Chad.

Lebanon’s financial meltdown burned slowly for a decade, only to ignite into an inferno last year as the Lebanese pound went into freefall, making a mockery of the currency’s 23-year peg that officially values it at 1,500 Lebanese pounds to $1.

On the parallel market – which more accurately reflects the true value, the Lebanese pound is worth roughly half that much.

As the economy went into freefall, Lebanon witnessed an unprecedented anti-establishment uprising in October last year where hundreds of thousands called for accountability over corruption, economic reform and the downfall of civil war-era politicians.

Lebanon’s fiscal challenges are manifold. The country is weighed down by the third-highest debt to gross domestic product (GDP) ratio in the world – a burden for which it has little to show. And Lebanon’s creditworthiness is in tatters, having defaulted on a $1.2bn Eurobond payment last month – the first sovereign debt default in the country’s history.

The government is now talking over its financial rescue plan with the IMF. The blueprint calls for at least $10bn in foreign aid which is looking less likely as prospective donor countries manage their own economic survival amid the pandemic.

Since last fall, thousands of people have lost jobs or had their salaries slashed in half – and what remains of those salaries is now only worth half as much. Banks have stopped giving out US dollars due to a chronic shortage of greenbacks. Withdrawal limits are in place even on local currency.

Into this maelstrom came COVID-19. The government has responded to the pandemic with a month-old nationwide lockdown and an overnight curfew – measures designed to contain the virus, but are dealing a deathblow to fragile livelihoods.
‘Booby-trapped’ aid

Three weeks ago, Lebanon’s newly installed government pledged to give 187,500 families in need $130 each to help them weather the crisis – enough to pay an average rent for one or two months.

None of that aid has been disbursed yet. The government blames politics.

About 150,000 of families eligible for the cash payment were supposed to have their names registered with the National Poverty Targeting Program, a World-Bank-affiliated initiative to help Lebanon’s most poor. But Prime Minister Hassan Diab said on Thursday the database of recipients had been “booby-trapped” in order to serve political and electoral goals – suggesting that families had been selected based on their political party affiliation and loyalty, rather than actual needs.

As a result, some 100,000 families who landed in the database would not be receiving cash payments, said Diab.

Diverting state funds to buy political loyalty has long been the norm in Lebanon, and the country regularly ranks among the most corrupt countries in the world.

Former Social Affairs Minister Richard Kouyoumjian confirmed to Al Jazeera that many names were chosen by political parties. But later added that some 44,000 names had been vetted and passed stringent criteria to receive aid.

The government says aid will now be dispersed ‘in the next few days’ to allow time for the Lebanese Army, one of the country’s only respected institutions, to audit the names in the database.
Defying lockdown

While the government struggles to give meagre aid to only a fraction of those in need, the numbers falling into poverty grow by the day.

Social Affairs Minister Ramzi Moucharafieh estimated earlier this week that some 75 percent of the population is in need of assistance.

But with none forthcoming from the state for the majority, people are turning to begging, or relying on the goodwill of groups organising donations.

Mahmoud Kataya, a 40-year-old activist with anti-corruption NGO the Corruption Observatory, has been managing aid deliveries to families in need in Beirut, along with activists he met during the protests.

While he says they had initial success in gathering donations to support hundreds of families, he warned that resources are running dry, and those passing out aid are now paying out of their own nearly empty pockets.

“The problem is that, when an old woman or man calls you and cries because they don’t have food for their kids, you will give them the flesh off your bones,” he said. “But how long can we go on with these campaigns? How long can we live when he have lost half our salary and the bank has confiscated the rest?”

For Abed, a 54-year-old father of two from Beirut, such kindness has become a lifeline. He told Al Jazeera on Friday that he was going to ask a neighbour for a bread donation later in the day, something the metal-worker said he has never done before.

“I’m ashamed,” he said. “My neighbours are helping me but we’re all pretty much in the same situation.”

As conditions become more dire, people are defying the government’s stay-at-home orders to voice their discontent in the streets.

Protests have erupted in Beirut, Sidon, Tripoli and the town of Aley on Thursday and Friday, in complete violation of social distancing measures and the curfew in place.

While the anti-establishment protests that erupted last year called for freedom, secularism and unity, the tone of demonstrations has shifted to something more visceral and immediate; an outcry of people fighting for their very survival.

“Get off our backs, we are hungry,” those in Aley chanted as they marched through dark streets. “We want to eat, we want to live.” 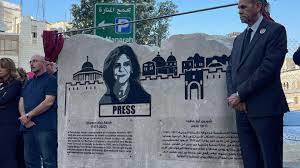 Don’t mock Trump for declaring himself a ‘war president’ If (only) Amy Coney Barrett was a Muslim 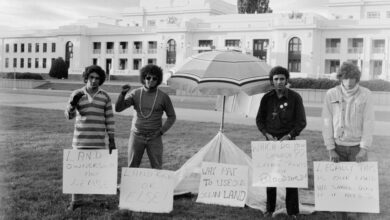 Iran will go beyond missile strikes to avenge Soleimani