A woman who jumped from top deck of a ferry boat at Disney World was trying to commit suicide, police said.

A 56-year-old woman was seen falling into the water at the Seven Seas Lagoon at the Magic Kingdom in Florida at around 7pm yesterday.

She was pulled from the water and taken to hospital for treatment and further evaluation.

The unnamed woman intentionally jumped into the lagoon in an apparent suicide attempt before being rescued, the Orange County Sheriff’s Office said.

She was reportedly on the top deck of the ferry boat when she fell into the lagoon, which can reach depths of 14ft, and was rescued around 300 yards away.

Fellow guests aboard the vessel described the scene as ‘chaotic and traumatic’ for all of those involved.

Cpl. Antwan Daniels, a spokesman from the Orange County Sheriff’s Office, said that the incident was an apparent suicide attempt, according to the Orlando Sentinel.

The ferry had reportedly just left the Transportation and Ticket Center from the Magic Kingdom when the incident took place.

Witnesses described seeing around two to three guests on the boat immediately jump in to help the woman in the water.

‘She fell off the top deck and was rescued by a rescue boat. She was about 300 yards from the ferry when she was rescued.’

Mike Plotkin, who posted a video of the rescue, added that that it was a ‘very chaotic and traumatic scene on the ferry boat’. 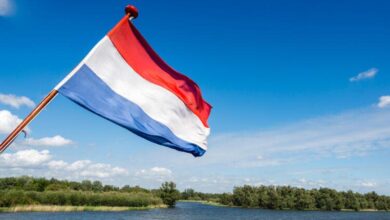