Wizz Air forecasts flying at 25 percent of its usual worldwide capacity in January despite the launch of Wizz Air Abu Dhabi planned for January 15.

Chief executive Jozsef Varadi said that Wizz flew at 35 percent of 2019’s capacity in November, and that a further drop is expected due to a new lockdown in the United Kingdom, one of the airline’s biggest markets alongside Romania and Poland.

Even so, he remained hopeful that the company would bounce back if restrictions in Europe are lifted by summer 2021.

The airline announced its plans for Wizz Abu Dhabi in December 2019. Its launch was originally planned for the second half of 2020.

Since the pandemic struck, some larger airlines have scrambled to raise the funds to survive a period of almost no flying. EasyJet, British Airways and Lufthansa all plan to shrink.

But Wizz, founded by in 2003 Varadi in Hungary, entered the crisis well-funded, like Ryanair, with which it vies for the title of Europe’s lowest-cost airline.

Wizz says its 1.6 billion euros ($1.96 billion) in cash means it can survive for two years even if all planes are grounded.

The pandemic is still a challenge. Wizz axed 1,000 staff and for the six months ended September, sank to a loss of 145 million euros. The stock is down 13 percent over the last year.

Wizz spent the last five years expanding beyond its eastern European base across the United Kingdom and western Europe and has continued to grow its fleet despite the pandemic. 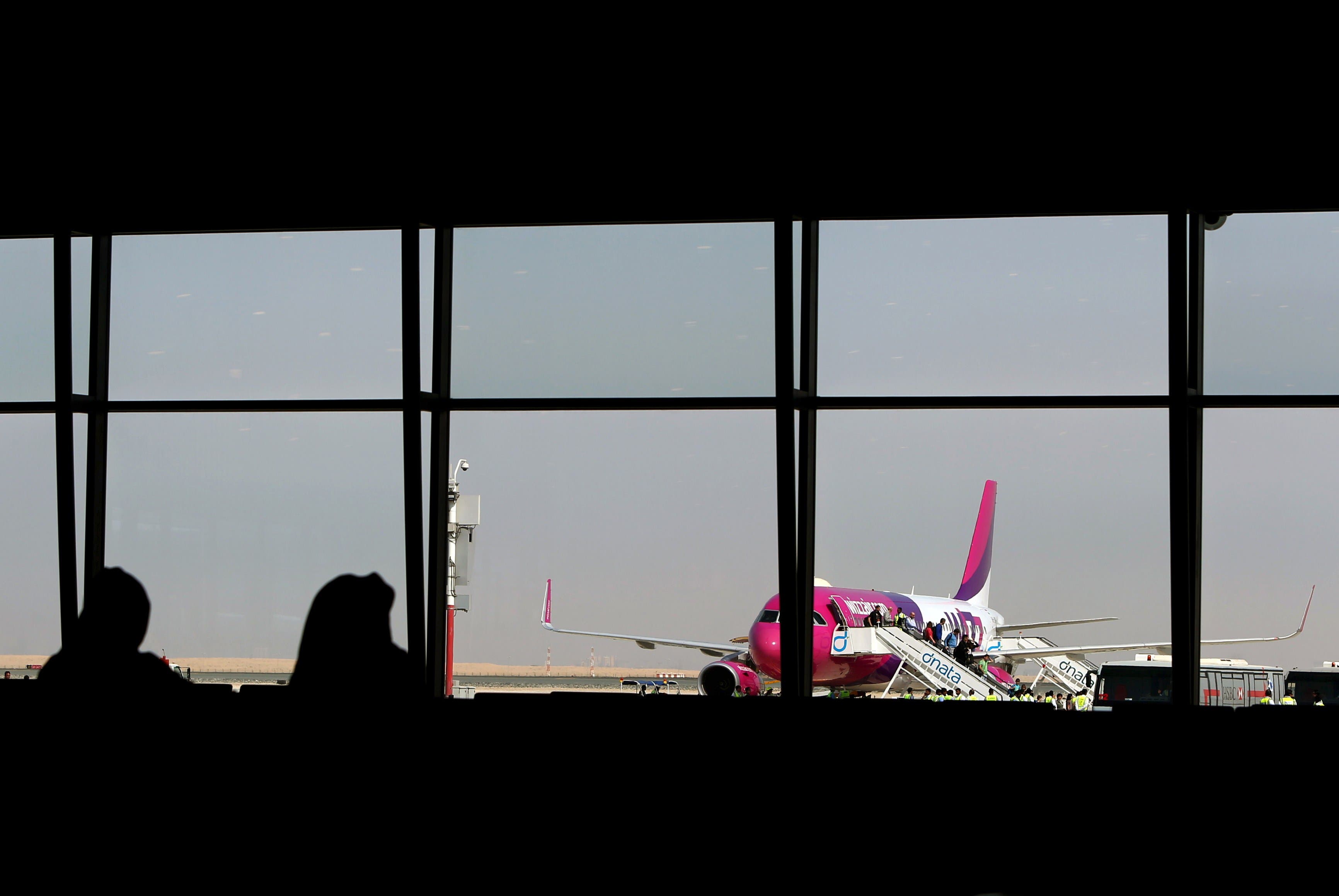 Passengers disembark from a Wizz Air flight at the newly opened Al-Maktoum International airport in Dubai, on October 27, 2013. (AFP)

Since last March, it has opened 260 new routes and 13 bases, including one at Gatwick, London’s second biggest airport, where it is keen to expand.

Wizz has also beefed up its board and management team. The former chief financial officer of British Airways-owner IAG joined the board in November and easyJet’s former chief commercial officer is expected to join later this year.

While there was limited visibility on bookings for the next three to five months, summer bookings were “very encouraging” said Varadi.

“Clearly, people’s expectations are that by summer, this is all going to be behind us,” he said, citing vaccination programs.

The arrival of the vaccine prompted Ryanair to forecast in November that the summer would be “very impressive”, while easyJet has been more cautious.