Weeks into Italy’s national quarantine and social media has been overtaken with rosy footage of sunset balcony serenades.

But vulnerable communities are still struggling with the country’s strict lockdown measures.

At a Roma camp on Via Salviati, on the outskirts of the capital, an olive-green military cruiser sits parked outside the crowded, dilapidated settlement – home to 100 or so families living side-by-side in caravans.

A constant police presence ensures that the camp abides by Prime Minister Giuseppe Conte’s decree, announced on March 9, that banned all non-essential movement.

“They are always there. But they don’t help us with anything,” says 28-year-old Zdravko Ahmetovic, who has not set foot outside the camp since Conte’s public address.

But underneath the ubiquitous hashtag #iostoacasa (“I stay at home”) is concern about the unequal effects of coronavirus and virus-related restrictions – so much so that Rome-based Binario 95, which offers support to homeless populations, rolled out its own hashtag: #iovorreistareacasa (“I would like to stay at home.”)

For Roma families in the camp, who scrape by on meagre, hand-to-mouth earnings reselling iron scraps or used clothing in weekly mercatini, or flea markets, the Italian government’s decree poses both unique health risks and a critical economic hit – a virtual death sentence when it comes to maintaining precarious livelihoods.

“They can’t work. They don’t have money for food,” said Rosi Mangiacavallo, Italy facilitator for the European Roma Rights Centre (ERRC), a Roma-led litigation and advocacy organisation. “The fact that they are already living on the margins makes this a really difficult situation.”

Roma are known as Europe’s largest and most persecuted ethnic minority.

But an estimated 30,000, many Italian-born, or from former Yugoslavia or Romania, live in camps like the one on Via Salviati, known as campi nomadi – literally, nomad camps.

The designation (“nomadi” and “Rom” are used interchangeably in Italian) leans on the spurious perception of Romani people as inborn wanderers, a stereotype often weaponised to deny them stable employment or to justify camp expulsion orders.

These local prejudices have a long and persistent history, notes Mangiacavallo.

When Roma began settling in Europe in the 14th and 15th centuries, “that’s the time when nation-states were forming, when borders were being decided,” Mangiacavallo said. “They were outsiders, with different cultures, different ways of living.”

Driven from cities, “they became the enemies”.

Coronavirus: All you need to know about symptoms and risks 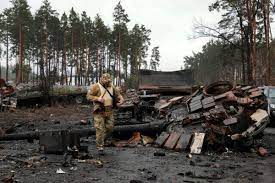 Plane with 72 people on board crashes in Nepal