Sinn Féin will be the largest party in Northern Ireland after elections on May 5, according to every recent opinion poll.

This would be a significant symbolic breakthrough for the left-wing party, historically linked to the Irish Republican Army (IRA). It will confirm the political and demographic shifts since the 1998 “Good Friday” peace agreement, which has ended the once hegemonic Unionist dominance of Northern Ireland. The election is also likely to see further growth of the centre ground parties – those who do not have a fixed position on the constitutional question.

The effect on Irish unity will be indirect rather than immediate. Under the terms of the 1998 peace agreement, a united Ireland can only be created, if majorities vote for it in separate referendums in Northern Ireland and the Republic of Ireland. All polls say a referendum will pass in the Republic, and while Brexit has seen a significant increase in support for Irish unity in Northern Ireland, most polls predict that a referendum would not pass there if called immediately, although the number of undecided voters may be as high as 25 percent. Those absolutely committed to Northern Ireland remaining in the United Kingdom, are now a minority.

The elections to the regional assembly use a system of proportional representation by Single Transferable Vote, which facilitates competitive election performances by a large number of parties. In addition to Sinn Féin, two other parties committed to a united Ireland are likely to win seats. Those elected will also include three separate parties committed to UK membership, along with the centre ground Alliance Party and the Green Party. Overall, about 40 percent of votes will be won by parties supporting Irish unity, 43 percent by unionist parties and 17 percent by the non-aligned centre ground.

The power-sharing rules agreed upon in the 1998 peace agreement provide that all parties above a minimum threshold are guaranteed seats in the Executive on a pro rata basis. The two largest nationalist and unionist parties can however prevent an executive being formed by refusing to nominate a first or deputy first minister.

In the run-up to scheduled elections, the hardline Democratic Unionist Party (DUP), collapsed the power-sharing executive, via the resignation of its first minister, in protest against the Northern Ireland Protocol, agreed between the UK government and the European Union, which sought to remove the threat of a hard border on the island, by keeping Northern Ireland in de facto terms within the EU single market.

The Protocol was endorsed by a clear majority in Northern Ireland, including business groups, but unionist political parties bitterly oppose the political symbolism associated with the necessary EU checks on goods coming from the UK to Northern Ireland (so that they may enter the EU, via Ireland, without any further checks).

A majority in Northern Ireland voted to remain in the EU, but opinions reflected the wider political divide. Irish nationalists and the centre ground overwhelmingly voted to remain in the EU, while 66 percent of unionist voters voted to leave. Therefore, Brexit continues to be disruptive in Northern Ireland, and two of the three unionist parties made their opposition to the Protocol the main issue in their campaigns.

Your ‘new normal’ is our ‘old normal’ 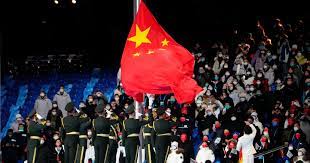 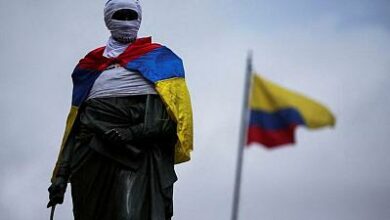 Malcolm X and the Sudanese The plague: Searching for meaning