Even as Western allies unleash new economic pressures on Russia with businesses announcing market pullouts, and an intensification of cyberattacks against Russian government entities, experts warn that these measures may not be enough to curb President Vladimir Putin’s escalating war on Ukraine.

“New sanctions are designed to bog Russia down in the long-term,” says Dr Nikolas Gvosdev, Russia expert and editor of world affairs journal Orbis, “but not to impose enough pain for Putin to pull out of Ukraine.”

While Ukraine’s yellow and blue flag has waved in protest from New York to St Petersburg, Putin has so far responded by ordering nuclear deterrent forces on high alert and continuing missile attacks on key Ukrainian cities.

Sanction resilience has been part of Putin’s long-term calculus, along with his understanding of the West’s pain points if sanctions boomerang. Experts agree little will change as long as the goal is to “minimize the impact on the United States and our Allies” as United States President Joe Biden stated when he announced stricter sanctions on Thursday. “Putin feels emboldened by the West’s trepidation,” says Gvosdev.

Since 2014 when Russia forcibly annexed Crimea, Western governments focused on deterrence over restraint to prevent further Russian encroachment into Ukraine. Sanctions were meant to convince Russia it was not in the country’s interest to be an aggressor. Pain points were identified – certain banks and specific individuals operating in the regions of contention were called out. They stung, but had little lasting effect.

Over time, Putin was able to find “workarounds”, says Rachel Ziemba, adjunct senior fellow at the Center for a New American Security who has written extensively on sanctions.

One of the workarounds was Putin’s decision to pursue “selective de-globalization”, she says. “Even at its most open, Russia was closed off to foreign capital.”

The country created barriers to trade by imposing high import tariffs and barriers to communication by launching its own alternative to the internet in 2019. Putin has also pivoted away from the West to Asia by decreasing dollar reserves, increasing bilateral trade with China, and working on an alternative international payments system to the US-dominated SWIFT. These moves were meant to shield the economy from external shocks like the harsh sanctions playing out now.

Putin’s other gamble was to forego growth of the Russian economy, says Ziemba. By putting off investments and maintaining a tight monetary policy, Russia’s balance sheet (including $630bn in foreign currency reserves) looked strong in the lead up to the Ukraine invasion, providing it with an early buffer for any upcoming economic pain.

These external and internal fortification measures may be one reason why Putin was not swayed by sanctions threats Western governments waived at him earlier this year. By the time Putin recognized two Ukrainian regions as independent and Western allies began to escalate sanctions, he felt emboldened, says Gvosdev.

So much so that Germany’s decision to stop certification of Nord Stream 2 was more symbolic than substantive, according to Capital Economics analyst William Jackson. Because Russia had already slowed European gas sales, losing Nord Stream did not hit as hard as the West wanted.

Putin’s inner circle has also been bracing itself, says Ziemba. The list of sanctioned individuals appears to grow daily, but many have been moving assets from places like the US, where they can be frozen, and hiding them in offshore accounts where they can be retrieved at will.

This next tranche of sanctions may have more teeth, but it remains unclear if they will be enough to get Putin to leave Ukraine.

On Sunday, the G7 announced certain, as yet unnamed Russian banks, would be barred from the global inter-banking communications system, SWIFT, with a transatlantic task force to coordinate next steps. However, the difference between real effect and more lives lost in Ukraine will depend on which banks are affected, how long these sanctions take to implement, and if they continue to exempt oil and gas exports. 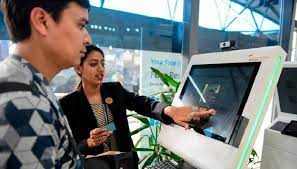 Explainer: What caused the strain in US-Turkey relations?