The city municipality has re-started construction of a pedestrian walkway by Semsi Pasa Mosque, years after public outcry had halted it. Here’s what Istanbullites have to say about the project.

“Imagine yourself walking through congested streets and neighbourhoods—you are surrounded by things on your left and on your right. Suddenly, a beautiful jewel appears before you. You enter the courtyard of this structure…you continue walking and you reach the sea gate. Imagine the relief and contentment you feel with the sea stretching out before you.”

These are the words architect Halil Ibrahim Duzenli uses to describe the great reprieve the tiny Semsi Pasa mosque in Istanbul’s Uskudar district offers its visitors. Renowned for its position, as it sits directly on the coastline since its construction over 440 years ago, this distinctive structure is once again at the centre of a heated debate in Istanbul. Concerned citizens, historians, and architects fear that new construction efforts threaten the mosque’s unique features, alter Istanbul’s cityscape, and the legacy of the master Ottoman architect Mimar Sinan, who designed it.

On January 9, 2021, videos of construction workers laying out steel beams extending from the walls of the mosque toward the sea, started making the rounds on social media with the hashtag #SemsiPasaCamiineDokunma, “Don’t touch Semsi Pasa Mosque”. The Istanbul municipality had started building a sidewalk extending from the mosque several meters toward the sea, and observers feared its implications.

“For more than 400 years after Architect Sinan’s [death], there has been an effort to preserve the seaside quality of this mosque,” Nurefsan, a graduate student of sociology from Istanbul who has been following the events, told TRT World.

“Now, it is about to disappear in the name of ‘creating a pedestrian walkway’. Today, most buildings lack any aesthetic quality. If we’re not able to protect our historic sites, we will completely lose the essence of the city.”

The construction plans are actually not new: in 2016 the AK Party Metropolitan Municipality leadership had planned to fill in the coastline by the mosque as part of the “Uskudar Project”, despite objections from historians, architects, and locals. The project was promptly halted in 2017 after public outcry and when the installation of pile foundations cracked the mosque’s walls.

A revised project that shortened the length of the original pedestrian walkway was approved by the new CHP Metropolitical Municipality leadership in January 2020, sparking controversy online. The new Istanbul leadership stated that it would resume the project, albeit with structures that wouldn’t “harm” the mosque in the same way.

In response, the Head of the General Directorate of Foundations, Burhan Ersoy, criticised the re-instatement of pedestrian walkway project in a tweet, calling on the project to be halted, and threatened to initiate a legal process unless it stopped.

The Istanbul Metropolitan Municipality shot back, saying it was simply “fixing” a “despicable” situation brought about by the previous leadership.

According to critics, this is missing the point.

“The Semsi Pasa Mosque is everyone’s heritage, and its context is that it’s next to sea…[this is] special and has to be protected,” says Zeynep Sanli Ikbal, a concerned citizen working in the architectural field. “[It offers] a  rare peaceful and spiritual experience, and the direct connection to the sea would be damaged [with the walkway].”

Ikbal started a Change.org campaign with a friend to pressure decision makers to stop the construction. It has over 1,300 signatures as of the time this article was published. “Buildings on the Bosporus are in a special category…This is not like Dubai where you claim the land on water. We have to have our own intelligent urban development models and understand the layers of heritage and how to work with it,” she told TRT World. 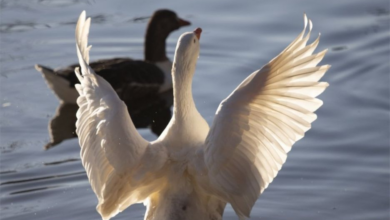