Pete Davidson is at a crossroads.

As the comedian kicks off what looks to be truly prolific 2020 with the release of Alive in New York, his first Netflix stand-up special, on Tuesday, Feb. 25, he sat down with a wide-ranging conversation with Charlamagne Tha God wherein he was asked by the Breakfast Club co-host where he saw himself in five years.

“I want to be a father and I would like to be directing and just writing,” Davidson shared. “My dream is just to write stuff and be able to produce for my friends. That would be the ultimate goal.”

Noticeably missing from his projected future? Any mention of Saturday Night Live, the show that catapulted him to fame after he joined the cast in 2014 for the show’s landmark 40th season, making him both the first cast member ever born in the 1990s and, at just 20, one of the youngest ever.

That’s not to say there wasn’t any talk about his gig on NBC’s long-running comedy institution. However, nearly all of it made clear that he’s got one foot out the door, ready to say goodbye to Studio 8H for good.

“It’s a hard thing to do because you don’t want to pull the trigger too early,” he explained about the advice he’s received from former SNL stars like Adam Sandler, “but everybody’s always been like, ‘You’ll know when you know and it’ll all be alright.'”

And listening to Davidson speak about his experience there, especially the last few years after his high-profile engagement to–and subsequent split from–pop star Ariana Grande in 2018 made him a tabloid fixture, with perhaps more attention paid to who he was dating on any given week than anything he did on that Saturday’s episode, it sounds like he knows. 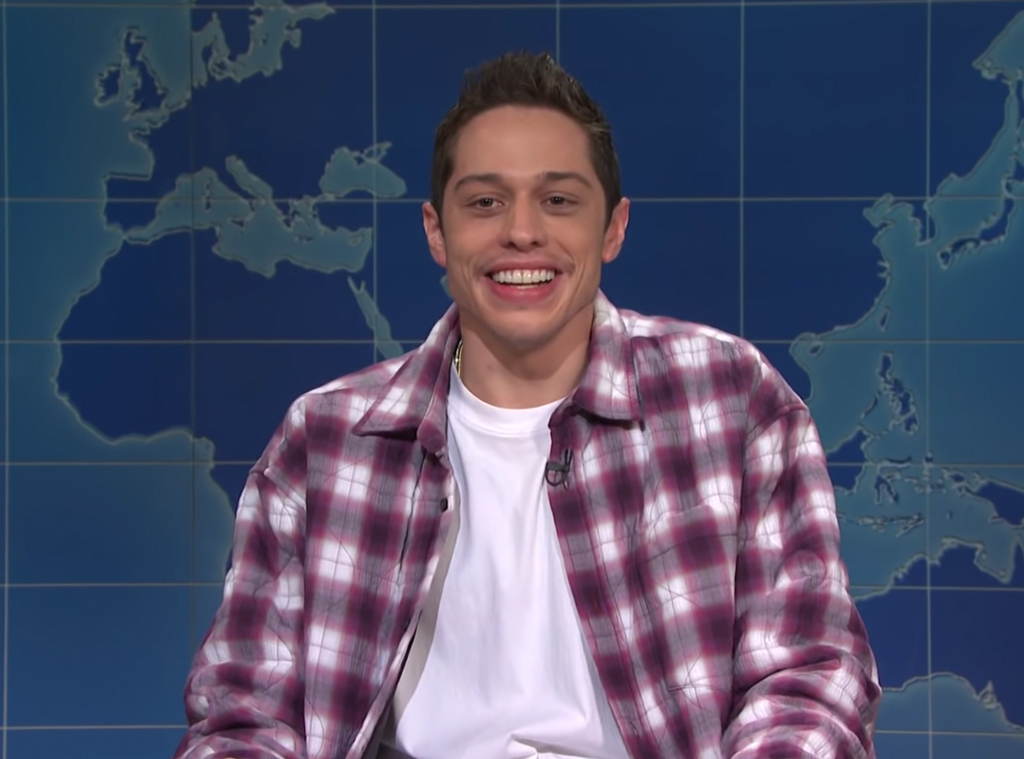 “Here’s the thing: I personally think I should be done with that show because they make fun of me on it,” he told Charlamagne.

Davidson said he understood that, “but like, I’m cold-open political punchlines. I’m Weekend Update jokes. When I’m not there they’ll be like, ‘But Pete’s a f–king jerkface.’ And you’re like, ‘Whose side are you on?’ I have a weird feeling in that building where I don’t know whose team they’re playing for really. If I’m the joke or I’m in on the joke.”

He continued, “I really wanted last year to be my last year, but I’m still around, trying to knock it away.”

Despite calling creator Lorne Michaels “the best” and “a father figure” to him who “has treated me with nothing but love,” Davidson wasn’t shy about his feeling about what he called a “cutthroat f–king show” where “everyone wants to be the next thing.”

“You’re not gonna get coddled over there,” he admitted. “They don’t give a f–k at the end of the day.”

When Charlmagne asked why he didn’t just tell his co-workers that jokes about his personal life were off limits, he explained that doing so would make him a hypocrite. “That’s what they do, that’s their show,” Davidson added. “But if I’m just fodder now, though, maybe I shouldn’t be there. That’s all I’m saying.”

He didn’t mince words when it came to how he feels the show’s writers see him, saying, “They think I’m f–king dumb. I’m literally painted out to be this big dumb idiot. Even all my sketches are just me being like, [affected voice] ‘OK. Sure.’ You know?”

Sensing that Davidson might feel as though he’s outgrown the show, Charlamagne asked him as much and the comedian agreed. “I think everybody outgrows it and I think, for what I could do on the show, which is just barely anything and is just Weekend Update, I feel like I’ve done, like, 30 of those and I just feel like, yeah, I’ve done as much as I can over there,” he admitted before quickly adding, “But happy to be there as long as Lorne likes me.” 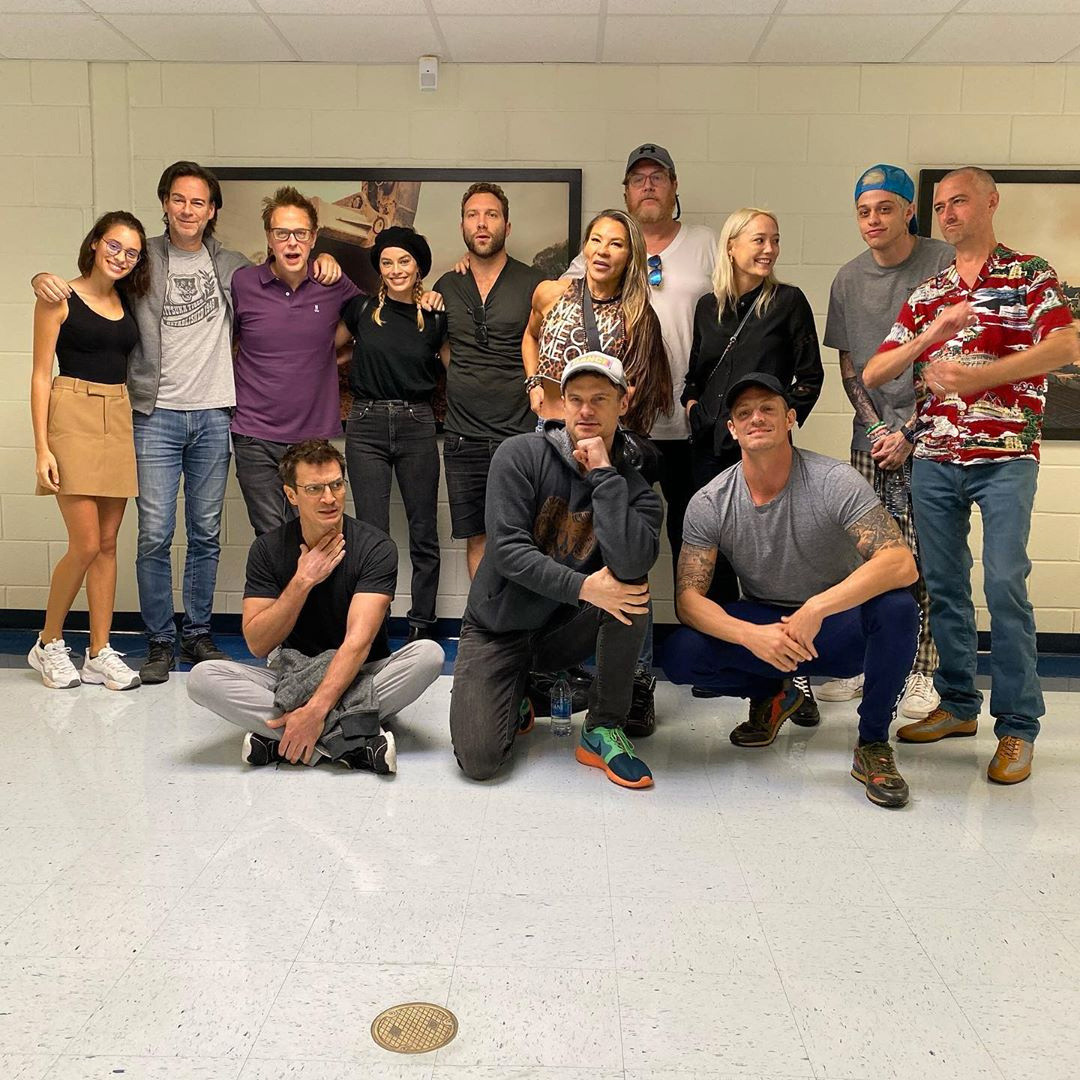 While the last few years have been marked with struggles in Davidson’s personal life, necessitating repeated visits to rehab to help re-calibrate while dealing with what he describes as a combination of “bipolar and borderline [personality disorder] and PTSD and s—t from my childhood”–the comedian’s father was a firefighter who dies on 9/11–they’ve also seen him make great strides in his career, leading to this banner professional year.

Aside from the Netflix special, he has a starring role in the film Big Time Adolescence, scheduled for limited release on March 13 before hitting Hulu the following week, co-wrote and starred in the semi-autobiographical Judd Apatow-directed The King of Staten Island, hitting theaters June 19, voiced the titular canine in an upcoming Marmaduke animated film, and is branching out to drama with a role in an upcoming episode of ABC’s The Rookie. And he’ll appear in next year’s The Suicide Squad in a role that’s being kept under wraps.

No doubt an impressive run of projects, the upcoming slate prompted Charlamagne to label Davidson “another SNL success story.”

“I hope so. That would be nice,” the comedian replied, before adding that he doesn’t want to come off as unappreciative of his time on the late-night show. “I just feel like there’s a time and a place. I just also really enjoy writing movies and s–t. It’s a lot of fun to sit in a writer’s room and create like that.”

As he explained, “What I ever wanted to come from this is what’s happening now.”