The elderly globe trotter finished his first world tour in the 1970s riding a bicycle and since 2017, he’s out to complete his second one on a motorbike. Stopping by Istanbul, he said the 70s was more peaceful and safer than ever.

BV Narayana, a white-bearded man from India’s Bangalore city, has been living on ‘God’s promise’ ever since he left his hometown for a world tour in 2017. He has no idea where he’ll eat his next meal or find a shelter to sleep. His aim is to raise awareness about a range of issues — from safe driving to giving polio vaccination to children. He also designs motorbikes and bicycles for physically challenged people.

Narayana does not have permanent sponsors, so he simply relies on his fate. All he has is a Honda motorbike with a cart in tow.

After completing a journey of about 35,000 kilometres from India to the US, via Pakistan, Iran, Europe and Turkey, he’s on his way back to where he started. He reached Istanbul on December 29 and decided to take some rest in the city before resuming his home-bound journey.

“Food and shelter everyone in the world worries about it, but I worry about people, their safety,” Nani told TRT World, while sitting at the Indian consulate in Istanbul.

Since no person or organisation is funding his bold venture, he says “God will help me through people.”

He arrived in the city, almost broke. As the Indian community learned about the man and his journey, they quickly raised some money to help him move further.

“Back in the 70s, I didn’t have to worry about fuel because I rode a bicycle. This time, I have to make sure my bike has enough petrol,” he said, adding that he has been successful so far in raising money for fuel and other small necessities, thanking people for making the donations.

He had to reschedule his tour and plan an early return since his mother, who is in her 80s, has been hospitalised in India.

Narayana, who insists he should be called Nani, has skipped Russia and China on both tours for security reasons. His first trip started 40 years ago when he was a young man, traveling across 59 countries on his bicycle, covering a distance of at least 96,000 kilometres.

As he entered his 60s, he wanted to do it again, especially after he met with an accident in 2014. Two motorcyclists, both were college students, were racing each other on a rainy night. Nani was walking on the road when the bikers ran over him, fracturing both of his legs and leaving him with a lifelong disability.

After the accident, he found another purpose to travel the world and that was to raise awareness on safe driving and handicapped people. In the last three years, he has covered 25 countries in the Asian, European and American continents.

Nani seems to be vulnerable to road accidents. On his second world tour, he met with another accident in Canada in 2017. While driving from Halifax to Toronto, he was hit by a speeding car, injuring him and damaging his motorbike.

The Indian diaspora in Canada was quick to come to his rescue. After he recovered from his injury, the Indian community raised funds and bought a new motorbike for him. The vehicle has a small trailer, carrying essential goods such as clothing, tool box and a tent, which becomes his home on dry and warm days.

On wet or windy days, he prefers to call it a night at ‘God’s house,’ a church, mosque, temple, monastery, wherever he is welcomed.

Nani says a lot has changed between the 70s and now.  “In 1979, I used to sleep under bridges. I would spread my bedding and sleep. In those days, it was not a problem,” Nani said.

“If you stay near a bridge now, the police come and  tell you ‘you cannot stay here. Get out of here!’ Back in the day, it was not a problem”.

Besides different places of worship, on his second trip Nani mostly relied on petrol pumps, McDonald’s, Burger King and supermarkets, where he spent his nights using their parking areas or inner sections, depending on the weather situation.

“I request them [to use their facilities]. In their parking lot, if the weather is good, I put my tent and sleep. If the weather is bad, I just sit in an internal section to sleep a little bit. Then, continue my trip,” Nani said.

In Istanbul, his luck brought mixed results. On his arrival in Istanbul, he found the Indian consulate closed since it was Sunday. To pass the night, he chose a location next to a cafe, which is across the diplomatic mission.

He requested a chair from one of the cafe patrons, who simply denied saying that “No, sorry. No boss. The boss is not here,” even though Nani offered him his passport as a deposit for the chair.

He ended up spending the night on the cold street.

“Maybe he was not allowed to give anything from the cafe because he was not the owner. But I was able to survive anyhow. That’s part of the adventure,” Nani said, giving the impression that such logistical troubles did not bother him much.

After more than two years on the road, against all odds, he comes across as a clean and healthy man. His long beard, with grey hair strands, and a black t-shirt with Canadian credentials, gave a slight touch of an urban hipster to his personality.

Apart from petrol stations and supermarkets, Nani has also been hosted by families at their homes, particularly in Canada. The generosity and kindness of Canadian people have moved him to the point that he says he has a special place in his heart for Canada. He remembers Canadians as people who offered him a helping hand when he had fallen on the hardest times, surviving an accident that ‘almost’ killed him.

“Because I am a little bit older, looking like an ugly man. What happens is they get scared seeing my beard and all. Besides that, they would ask, ‘Do you have a family?’ I say ‘I’d been separated a long time ago.’ Then, they say ‘He’s a lonely man.’ So sometimes, they’re scared to take me to their home”.

Nani got married in 1986 and separated from his wife in 1993. While they had two sons, Nani has not seen them since the separation. At 60, he’s cash-starved, wandering from one country to another. He thinks he has no chance to find another woman to settle down with.

If he finds one, he says the woman wouldn’t want to live with him, thinking she’d be burdened by his death. “That woman would think ‘if I am getting married to this guy, I will spend money to bury him.’ But if I am a millionaire, she would think that she will be entitled to some of my heritage,” he said, pointing his finger to his forehead, indicating the support of women is no longer written in his fate.

Comparing his journey with the 1970s’ tour, he says even hitchhiking has become near impossible nowadays since people have developed serious trust issues in the last four decades.

“We say we have improved the military, the police, the hospitals, but still we have more problems today than we had in those days,” Nani said.

During his first tour, he says he met former US President Jimmy Carter by simply reaching out to the White House security and requesting a meeting with the president.

Nani said he was allowed to meet the president for “three minutes” as Carter walked toward the helipad.

During the 70s tour, Nani says he also met with then Bolivian president Lidia Gueiler Tejada at the presidential palace.

A man committed to handicapped people

Prior to his second tour, after the 2014 accident gave him a limp, Nani invested much of his time in helping disabled people.

About ten years ago, he says one of his Muslim friends Nazir Ahmed visited his workshop and asked him “to fabricate” a vehicle for his handicapped son, Abu Bakr.

Nani, a Sikh by faith, was quick to agree. He designed a bike for Bakr and soon after more and more people placed orders for similar vehicles.

Nani does not have a college degree. He picked up English by communicating with people during his first world tour. His father was a mechanical engineer, transferring some of his knowledge and experience to the son.

After surviving a long and arduous journey, Nani wants to go back to his hometown to resume his disabled vehicle business.

“I am a poor man. When I go there, I am worried about my housing issues. I am too old to get a job. I have to rent a place so I can use it both as a workshop and home,” Nani said.

He plans to take a bank loan to restart his enterprise and he’s hopeful he’ll get it since he has cleared his previous loan without any difficulty.

“I will start my garage and make vehicles for disable people,” Nani said, exuding confidence.

How Do You Design a Childcare Business in The MENA Countries? 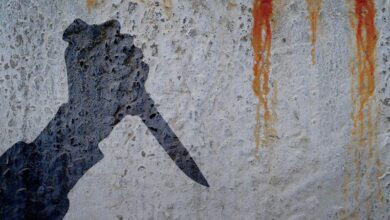