Sarah Marie Clarke from Copenhagen, Denmark, used to pluck her eyebrows at least once a week, but in March of 2019, she gave up the tweezers for good.

The 18-year-old soon began posting photos of herself — and her unibrow, in all its glory — and it’s led to men telling her they’d do ‘anything’ to meet her and take her out on a date.

Sarah’s mother had been encouraging her to let it grow for years, and she’d considered it herself in the past.

‘My mother has always told me, “You can dye your hair, you can cut your hair, it doesn’t matter, but don’t touch your eyebrows,”‘ she said.

But her friends were skeptical, and boys she dated would discourage her from letting her eyebrows grow.

‘Before I grew it out, I would tell the men I was dating that I wanted to grow it out and they would say, “No, don’t do that because it would make you look weird.” I guess that is what teenage dating is like.’

The first time she rocked the full unibrow, it wasn’t even her hair: She was inspired by a makeup artist’s trick online.

‘One day, I was on Instagram and I saw a makeup artist draw one on and I did the same. I absolutely loved it but I was too insecure about going outside with it on,’ she said.

‘So little by little I started growing my own out. Then I also had time to get used to it, and over time I found a few other people on Instagram who did the same and I felt much more comfortable about it.’

Though she embraced the look, Sarah said that strangers have been cruel to her about her unibrow.

‘In public and my work life, where there are a lot of people, I felt I had to hide my unibrow because they would be scared off it and judge me,’ she said.

‘One day, four girls on a bus started taking pictures of me and yelling at me. People online are weird and would post negative comments.

‘I get a lot of compliments, but of course there are some people who find it offensive and have the need to tell me how gross or how much of a joke they think I am.

‘But the joke’s on them because I get opportunities and jobs because of it.’

After she grew it out, Sarah started posting pictures of herself showing off her unibrow on social media. Others took notice, and she started getting offers to model.

‘Being comfortable about my unibrow on social media has attracted photographers who wanted to do photoshoots,’ she said.

‘That’s the cool part of it, I can help make it more acceptable; if more people see it, then they might not judge it as much.’

Since embracing her unibrow, Sarah says that she has attracted a lot of men on social media for her look — including fetishists.

‘Mostly it scares men away, but I think it’s good because that means it scares the bad people away and I can get rid of all the a**holes,’ she said.

‘I’ve deleted most of the messages because I found them uncomfortable, but one guy sent me a message said he would do anything to meet and date me because of my unibrow.

‘I think some men can have a fetish for it, some men DM me about it. I get a lot of dating requests, men peacocking, flirting with me.

She is also encouraging other women to try embracing their unibrows.

Lebanese Go Online to Strengthen Social Ties Within Their Communities 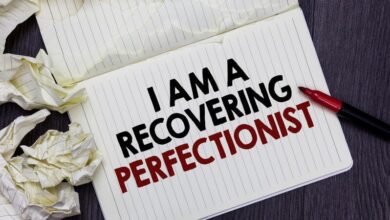 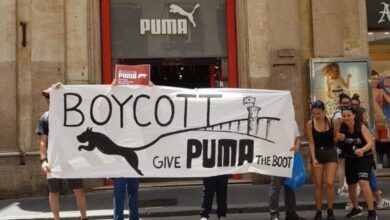