After more than a month of delay, Lebanon’s new government was formed on Wednesday under new Prime Minister Hassan Diab, who set to work forming a cabinet that will appease protesters who have been calling for a technocratic government since October.

Many Lebanese supporting the revolution were hoping the new government would be comprised of experts with no political ties. However, the 20-member cabinet, which includes six women, is chock-full of fresh faces with familiar political ties, albeit most with technical expertise.

“The most controversial aspect of these ministers is while they’re not official party ministers, they’re all affiliated to political parties, have served as advisers, or have business ties with them,” said Nadim El Kak, a researcher at the Lebanese Center for Policy Studies. “At least a handful of them – while they have competent backgrounds – the portfolios they were handed are not in line with their expertise.”

Though some hoped to see a smaller cabinet than the previous 18-member group, two additional ministers were appointed to make 20 members in total.

Some have said the government is of “one color,” referring to the fact that it is made up of those loyal to the March 8 Alliance, which includes Iran-backed Hezbollah. The party, which lost one seat, will now hold two seats, but six pro-Hezbollah Sunni Muslim members will also sit in cabinet.

Noticeably absent from the cabinet is anyone from former prime minister Saad al-Hariri’s Future Movement, and Former Minister of Foreign Affairs Gebran Bassil, a member of the Free Patriotic Movement (FPM).

Whether this government, with Diab at the helm, can save a rapidly crashing economy is yet to be seen. Some in Lebanon want to give the new government a chance. Others, still demanding a government rid of old political ties, took to the Beirut streets outside the Parliament building immediately following the announcement.

Here is a look at the new cabinet:

Prime minister: Hassan Diab
Diab is a 60-year-old engineering professor at the American University of Beirut (AUB). He is backed by Hezbollah and allies, but not by his Sunnis colleagues. He has written several books on reform but has little political experience; he served as education minister from 2011 to 2014 as part of Hariri’s government, which was taken down by Hezbollah. Diab has voiced his support for the protests, but has been criticized by protesters for taking part in the new government.

Adra is the first female deputy prime minister and defense minister. She is a partner and director of Information International, a Beirut-based research firm that was founded by her husband Jawad Adra. Her husband has allegedly stolen and dealt historical artifacts from all over the region. Adra holds a bachelor’s degree in social sciences from the Lebanese American University.

Fahmi is a retired Major General in the Lebanese Armed Forces under from President Émile Lahoud who will replace the fairly popular Raya El Hassan. El Kak told Al Arabiya English that there are claims that Syrian regime head Bashar al Assad’s security adviser pushed for Fahmi to be put in this position, but he was officially nominated by Diab to appeal more to the West.

“There are rumors circulating that the security adviser of Bashar al Assad asked Hezbollah to push for his name as interior minister,” El Kak said. Further, he has been criticized for his role in Blom Bank as a security and safety adviser to the board of directors.

An economist, Wazni has previously served as a financial adviser to parliament’s finance and budget committee. He has also served as adviser to Berri and former finance minister Ali Hasan Khalil. According to El Kak, this is a signal that his policies will largely be in line with his predecessor.

Wazni holds a PhD in economics from the University of Paris 9 Dauphine and was a financial adviser in Paris until 2001. He has also founded a number of banks in Africa and was an associate professor and lecturer at the Faculty of Economics and Business from 1987 to 1998 in the Democratic Republic of the Congo.

Hitti is a former ambassador to the Arab League and a former representative to UNESCO. He holds a PhD in International Relations from the University of Southern California (1980) and prior to that he obtained a bachelor’s in political science and a master’s in polit from the American University of Beirut.

Nehme is one of the more controversial picks as he has visible connections to the banking sector and is a shareholder of the Cypriot AstroBank, along with other prominent Lebanese business magnates.

He was appointed Executive General Manager at Lebanon’s Bankmed in June 2018. He was also the general manager of BLC Bank in Lebanon, chairman of Turkland Bank in Turkey and a board member of Bankmed Swisse in Geneva.

Najm has advocated for independence of the judiciary previously, something some are saying is a good sign for potential reform. She has been vocal in civil society and was a founding member of the 2007 “Khalas!” campaign that sought a peaceful solution to the sectarian conflict going on at the time.

Majzoub is a judge at State Shura Council and a professor of law at Sagesse University in Beirut. He is reportedly close to the pro-Syrian Sunni members of parliament, according to a tweet by El Kak. 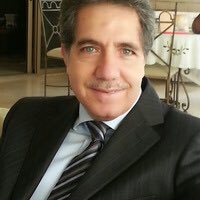 Minister of education Tarek Majzoub and minister of telecommunication Talal Hawwat are both reportedly close to the pro-Syrian Sunni MPs (Karami and co). Both were counted as part of Diab’s share.

Hassan is a professor at Lebanese University in public health. He served as mayor of Baalbek from 2013 to 2016. In 2019 he was appointed president of Baalbek Municipalities Federation in 2019.

Shreim was nominated by the FPM. She teaches French Literature at the Lebanese University.

Samad began work at the Ministry of Finance in 1997 where she headed the Tax and Auditing Authority. She was part of the group to implement VAT in Lebanon. Increasing VAT is debated in Lebanon as a means of alleviating current economic strain.

Kattar is a businessman and served as Minister of Finance for three months (April-July 2005) under Najib Mikati. After studying management and strategy, he became a strategic consultant to many financial institutions in the Gulf countries and a university professor at St. Joseph’s University and the University of Wisdom in Beirut.

Hawat, an engineer, has worked in telecommunications in the US. He studied electrical engineering and electronics at the University of San Jose, California. He worked for Cisco, an American multinational technology company for 19 years, including eight years in America and 11 years in Lebanon. He recently held the position of Regional Vice President for the Middle East, Africa, and Turkey at the Canadian Sandvine company he has worked with since 2018.

Michel Najjar, was reportedly banned from University of Balamand, according to El Hak, where Najjar was the vice chairman of the university, for looting funds. The President’s office at the university has denied the claim, saying only that Najjar resigned and that he was a “good person.” He then served as the Vice President for Academic Affairs at the American University of Technology in Beirut.

Douaihy is an architect and university professor at the Lebanese University in Tripoli, where she previously studied architectural engineering. She is a member of the board of directors of Douaihy pour le bois, a wood design company.

Ghajar has been a senior energy policy adviser at the Ministry of Energy and Water since 2007, including under the tenure of former FPM energy minister Nada Boustani. He has over 30 years of professional and academic experience. He played an essential role in preparing the electricity sector policy paper in 2010 and updating this paper in 2019, and supervised the implementation of the projects included in the electricity plan – which has been heavily criticized by experts and its projects subject to lengthy delays.

Jessica Obeid, a Lebanese energy expert, endorsed Ghajar on Twitter saying she’s been proud to be on panels with him.

Happy that incoming Minister of Energy is Dr. Ghajar, some1 I dearly respect.
As I’ve sat 5 yrs in his electrical eng. courses at LAU I’ve been proud every time I shared a panel, media interview & meeting with him
This is a kind reminder that I critic energy policies not people

Majzoub is a judge at State Shura Council. He also is a professor of law at Sagesse University in Beirut.

Ohanian served as the director of an education center in Beirut for children with special needs from 2017 to 2019. She has also worked as a social worker.