More than 4,000 years ago or seems that ancient Egyptians invented statues that mimic humans in the performance of their work using mechanical operating systems, which represented the first forms of robots in the world, the so-called “automatons”.

They are based on the use of self-propelled and operating machines, according to a new study.

The discovery was made through a wooden statue that has been in the Metropolitan Museum of Art for many years without anyone knowing its secret, until specialists in Egyptology x-rayed it to reveal a mechanical operating system inside it, working by a pulley-like axis. It overlaps with the shoulder of the female statue shown in the picture below, which is rotated by a system of threads that go through the left leg, and hidden inside the body of the statue.

When it rotates, it produces repeated movements by the mechanical statue, raising and lowering its hands.

Scientists from the Metropolitan Museum named this innovative mechanical statue which simulates humans, “Hathor”, believing that it was made more than 3,000 years ago to mimic the symbol of motherhood, music and singing in ancient Egypt, “Hathor”.

The oldest forms of mechanical models date back to the era of the Middle Egyptian Empire about 4,000 years ago, and it is a theater on which three dwarves, operated by a system of interlocking rollers and strings to perform dance movements, stand. 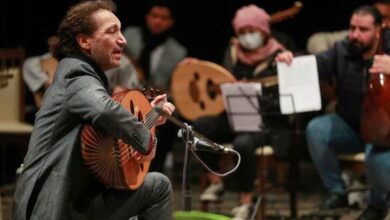