Forty years ago, Bob Marley and his band, the Wailers, stepped onto the stage at Rufaro Stadium in Harare to help usher in Zimbabwe’s independence from British and local white minority rule.

It was electrifying. The unmistakable reggae thump of the legendary Jamaican musician filled the air as chants of “Viva Zimbabwe” boomed out over the crowd in-between songs.
“Tears of pain-filled delight rolled down my cheeks,” he recalled of the momentous occasion. “Unfortunately, many of my beloved comrades were not there any more to watch the spectacle they paid the ultimate price of life for.”
That night in April 1980, Zimbabwe became Africa’s newest independent country as Britain’s Union flag was brought down to be replaced by the banner of the nascent state.

Months earlier, in December 1979, an agreement signed at London’s Lancaster House had paved the way for the country’s first free elections in February 1980. ZANU-PF, one of the liberation movement parties, won a landslide victory, with its leader, Robert Mugabe, becoming Zimbabwe’s first prime minister.

Marley, one of the most politically and socially influential musicians of his time who also had a strong connection with Africa, was invited to perform during the ceremony celebrating majority rule and internationally-recognised independence for Zimbabwe.

The reggae superstar not only accepted the invitation but also spent tens of thousands of dollars to fly in his band and its equipment to take part in the festivities that started on the evening of April 17.

“That night, Marley and the Wailers expressed solidarity with Zimbabwe,” said Fred Zindi, 22 at the time and now a professor in the Education Department of the University of Zimbabwe.

“It was almost inevitable that a man so identified with the struggles against class and racial oppression should be invited to perform at the celebrations of the birth of a new nation, Zimbabwe,” added Zindi, who had attended the show.

Also among the 40,000-crowd at Rufaro Stadium were heads of government and dignitaries from around the world, including Prince Charles, the heir to the British throne, and then-Indian Prime Minister Indira Gandhi.

While the band was playing inside the stadium, largely in front of people invited to attend the occasion, big crowds locked outside tried to enter the packed stadium. Police responded by firing tear gas but Marley remained on stage and the show went on.

The song, an anthem for Zimbabwe’s freedom, took shape during one of the Rastafarian musician’s visits to Addis Ababa in 1978, according to Gibson Mandishona, a Zimbabwean statistician working at the time for the United Nations in Ethiopia.

“Emperor Haile Selassie of Ethiopia had given a vast piece of land to Rastafarians from Jamaica, to enable them to lead their dedicated lifestyle. Marley used to support and enjoy by being with the Rastafarians, and thus paid bi-annual visits to Addis Ababa,” Mandishona told Al Jazeera.

“In one of his visits in 1978, a friend told me that Marley was asking about me and the UN jazz band of which I was leading. This was a leisure music band of some nine UN experts which played as hobby at social functions.”

Mandishona said when he met Marley, the international superstar told him: “I can smell Zimbabwe becoming independent soon.”

Mandishona continued: “He began sounding the Zimbabwe tune he had been experimenting on. It was typically a reggae total format. Being a Shona poet, I moderated the tune to have some Shona rhythm bits.” 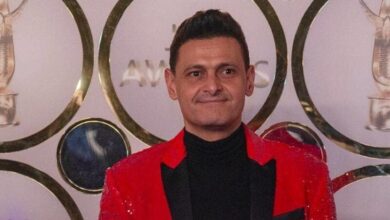 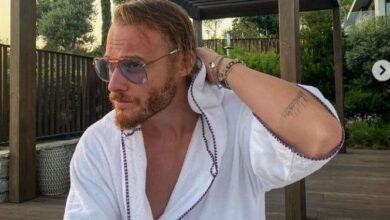 The Great Love Between Hande Erçel and Kerem Bürsin Is Over