It’s time to say goodbye to the BAU.

After 15 seasons and over 300 episodes, Criminal Minds is about to air its swan song, with its two-part series finale coming to CBS on Wednesday, Feb. 19. A ratings hit for the network, the series spawned two separate spinoffs (Suspect Behavior and Beyond Borders) in its heydey, as well as a South Korean adaptation and two video games. And in the process, the show became one of the longest-running primetime dramas, bested only by the likes of Grey’s Anatomy, NCIS, Law & Order, Gunsmoke and Law & Order: SVU.

The two-part series finale, written by showrunner and executive producer Erica Messer alongside Penelope Garcia herself, series star Kirsten Vangsness, will see the team band together to capture elusive unsub The Chameleon before celebrating Rossi’s (Joe Mantegna) retirement. Along the way, a brain injury will cause Matthew Gray Gubler‘s Reid more than a few visits from ghosts from his past. Cue the surprise cameos!

Before we see what fates ultimately befall the current crop of behavioral profilers working for the FBI once the show wraps their stories up, let’s see what’s next for the talented cast that includes OGs Vangsness, Gubler, and A.J. Cook, there since day one, as well as later additions Mantegna, Paget Brewster, Aisha Tyler, Adam Rodriguez and Daniel Henney. 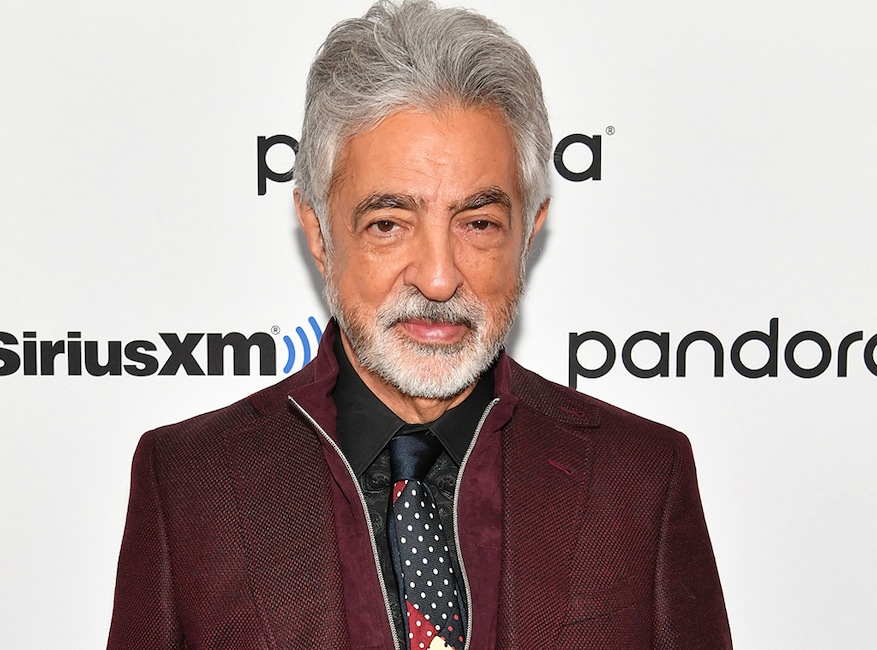 After joining the BAU as SSA David Rossi in season three, replacing an outgoing Mandy Patinkin, Joe Mantegna has served well as Criminal Minds‘ elder statesman. Now that the show has wrapped, his next move remains up in the air, but one thing’s for sure and that’s the fact that, at 72 years old, he has no plans of slowing down. “I’ve done a pilot for an Amazon series, we’ll see how that goes,” he recently told PeopleTV’s CouchSurfing, referencing an untitled dramedy in the works from Parenthood‘s Jason Katims. “I may be directing a movie in the spring. At my age, most guys are retired. They’re sitting in their backyard, drinking a beer, golfing or something. I’m thinking, ‘No, no. That’s not me.'” 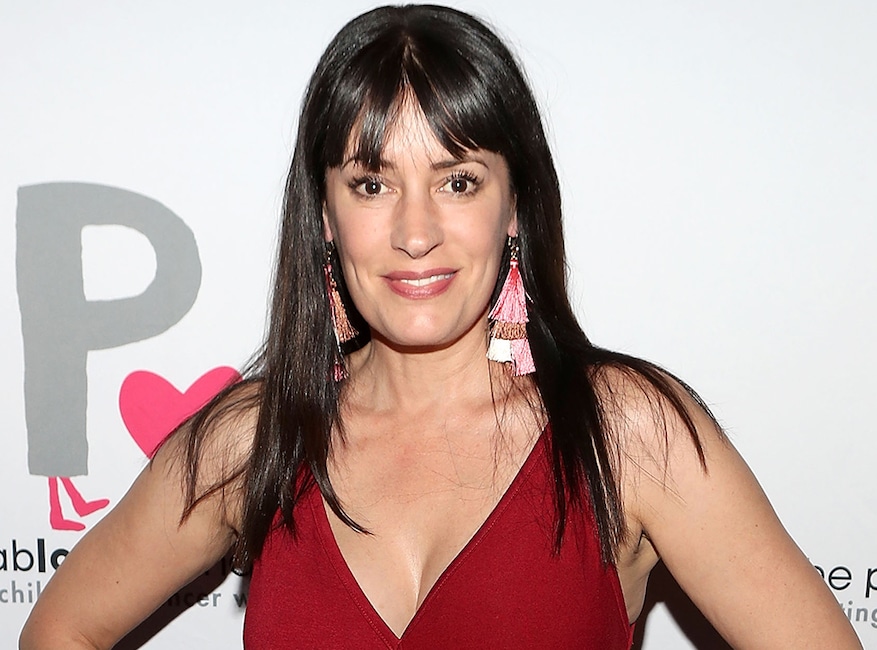 Now that Paget Bewster‘s second tour of duty as SSA Emily Prentiss has come to its close—Brewster was famously relieved of her duties after season seven for budgetary reasons, only to return full-time in season 12—the actress will continue voicing Della Duck on Disney Channel’s successful revival of DuckTales. She’s also set to voice the titular Birdgirl, a forthcoming Adult Swim cartoon spun off from the Harvey Birdman franchise where she originated the character. On top of that, she’ll appear in season two of CBS’ Blood & Treasure as well as Ryan Murphy‘s Hollywood over at Netflix. 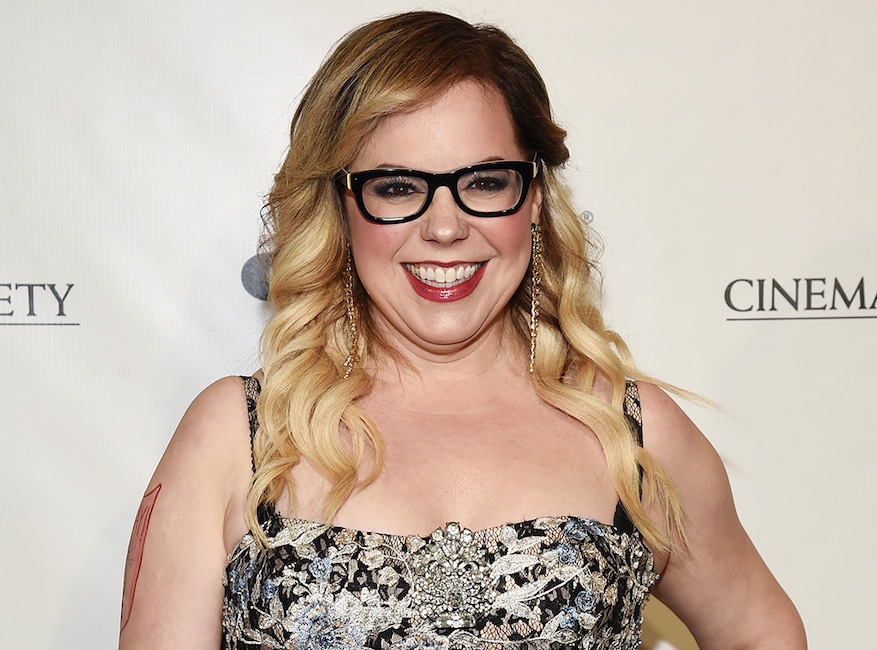 After co-writing the series finale alongside showrunner Erica Messer, Kirsten Vangsness forced herself to say goodbye to Penelope Garcia and began the process of moving on by diving into new work. As she told Parade in January, “I’m writing a play that I’m just finishing right now and I’m going to put up in L.A. in about a month or so. Then I just made an animated short that I’ve submitted to all of the festivals. I wrote and directed an animated short based on a short story that I made. I’ve been doing a lot of playwriting, and I just came back from Scotland with some plays that I had written.” 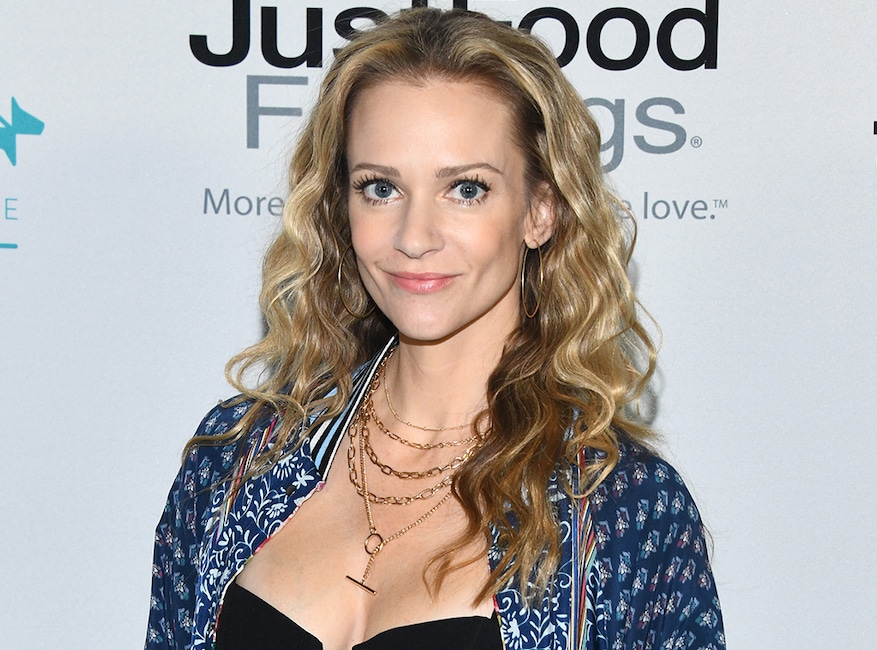 While A.J. Cook‘s dance card remains light at the moment after her years of starring as Jennifer “JJ” Jareau on the CBS procedural since its inception, give or take a brief absence during season six, she’s earned the breather. “First and foremost, I need to lose my phone and my computers for a little bit and just go off the grid, hang with my family, and run around in the wilderness and the wild for a bit and reconnect,” she told Parade in April 2019 when asked about plans after the show wrapped. “But I’m really excited to do a little more directing because that was such an incredible experience and that’s been a lifelong goal for me. So, I’m excited to see that turn into a new challenge. 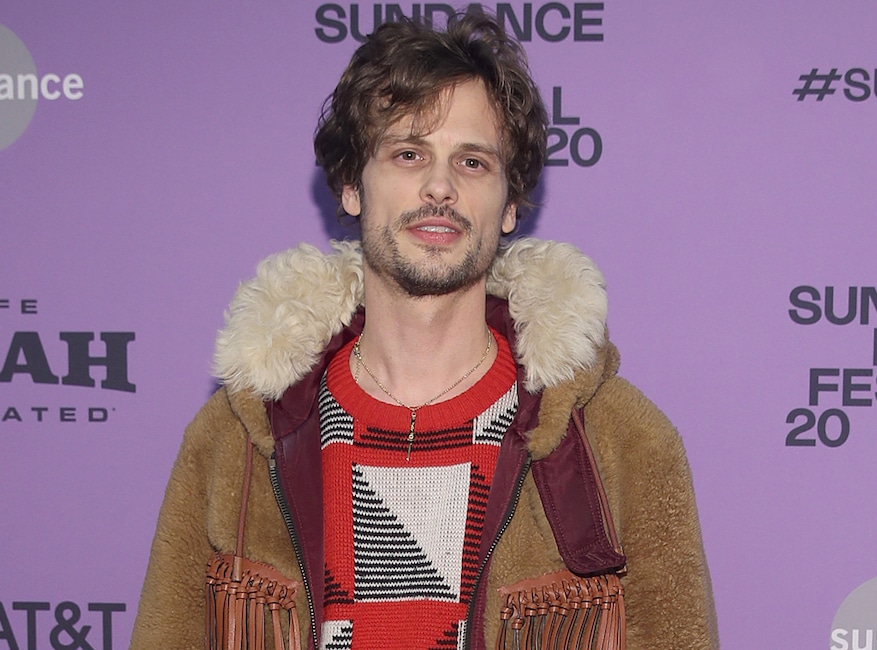 After starring as Dr. Spencer Reid since Criminal Minds debuted in 2005, Matthew Gray Gubler has turned to film work. He can be seen in recent Netflix release Horse Girl, co-starring Alison Brie, and will next be seen in the pagan comedy King Knight, starring as a High priest of a modern-day coven who confronts his past as an all-American prepster. 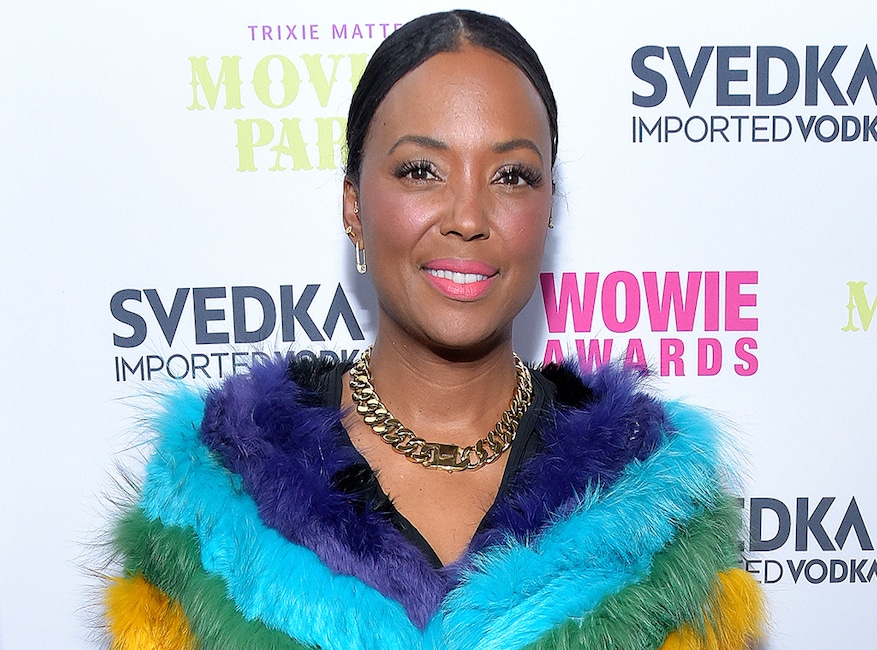 While her time as Dr. Tara Lewis on Criminal Minds may be over, Aisha Tyler‘s career has done anything but slow down. There’s her continued role as Lana Kane on FX’s long-running animated series Archer, her hosting duties on The CW’s Whose Line Is It Anyway?, a main role on Disney+’s upcoming Monsters at Work, and roles in the upcoming films Friendsgiving and Bad Therapy. She also continues her career as a director, helming an upcoming season two episode of Roswell, NM as well as the feature Vigilante. 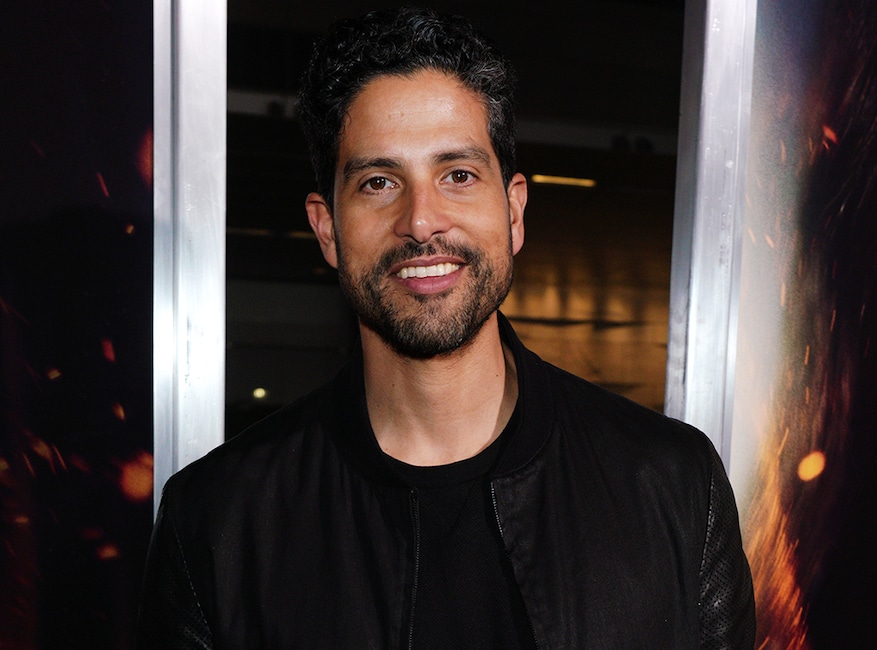 After saying goodbye to Luke Alvez, a role he’s played since joining Criminal Minds in season 12, Adam Rodriguez moved on with a recurring role on Showtime’s forthcoming Penny Dreadful: City of Angels. He’ll also be seen in a new episode of One Day at a Time when the series makes its official debut on Pop in March after being canceled by Netflix after three seasons 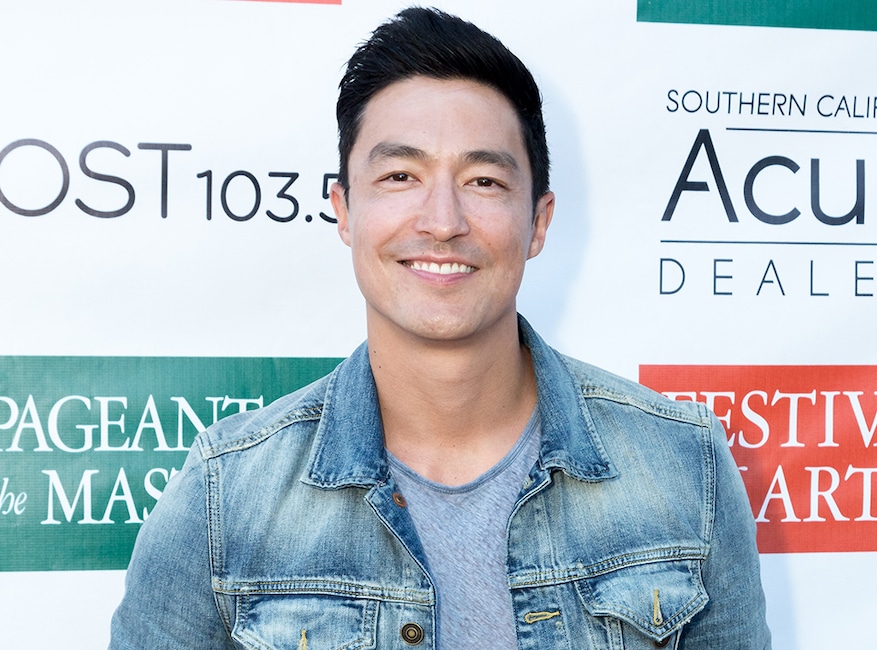 The last addition to the BAU, Daniel Henney‘s Matt Simmons became a main role in season 13 after spin-off Criminal Minds: Beyond Borders, which the character was created for, was canceled in 2017. He’ll star next in the Amazon Prime Video epic fantasy series The Wheel of Time, based on Robert Jordan’s novel series of the same name.

‘Scales’ to Represent Saudi Arabia in the Next Oscars 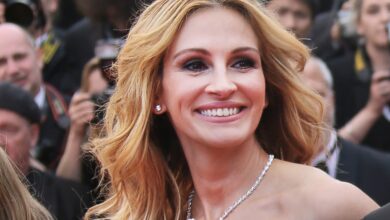