Tension has flared between Kosovo’s ethnic Serbs and the government in Pristina – a worrying development 14 years after Kosovo declared independence from Serbia.

Ethnic Serb protesters blocked access roads to two border crossings with Serbia in northern Kosovo on Sunday, July 31, and unknown gunmen fired on police, though no injuries were reported. Trucks, tankers and other heavy transport vehicles were parked on roads blocking the Jarinje and Brnjak border crossings.

The violence erupted over plans by the government in Pristina to require people entering Kosovo with Serbian IDs to replace them with a temporary document during their stay in the country, and a plan for Serbian drivers to display Kosovo number plates on their vehicles.

Kosovo proclaimed independence from Serbia in 2008 but ethnic Serbs who make up the majority in the northern region of the country do not recognise Pristina’s authority. They remain politically loyal to Serbia which still provides financial support.

No one was injured in the latest outbreak of violence, and Kosovo police said the removal of the barricades erected at the border in the north of the country has allowed the two border crossings with Serbia to reopen.

What’s behind the latest violence?

Under the new regulations proposed by Pristina, all ethnic Serbian citizens will have to fill out provisional identity card documents rather than use their Serbian IDs while in Kosovo. In addition, vehicles with Serbian licence plates must affix provisional Kosovar licence plates upon entry.

The prime minister of Kosovo, Albin Kurti, explained the new rules as countermeasures to neighbouring Serbia, which has not recognised Kosovan identity documents for several years. Upon entry to Serbia, Kosovan citizens receive a document similar to the one that Kosovo now wants to introduce for travellers with Serbian identity documents.Gëzim Krasniqi, lecturer in nationalism and political sociology at the University of Edinburgh, says Pristina’s plan is the same practice that Serbia has used with Kosovo document holders since 2011 as part of a European Union-mediated agreement on facilitating border crossing between the two countries.

US slaps sanctions on two Iranian foundations linked to Khamenei

Diamond Princess cruise ship turned away by four nations, runs out of options IMF may be unsatisfied with Lebanon 2022 budget: Economy minister Salam 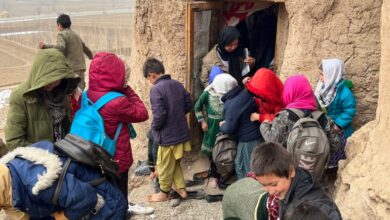 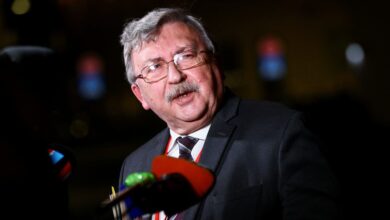