United States President Donald Trump is expected to soon release his long-awaited Middle East plan – more than two years after his administration began drafting its vision for a solution to the Israeli-Palestinian conflict.

The policy proposal has been delayed multiple times and has been kept largely under wraps.

The timing
Trump said he will likely release details of his plan before holding separate meetings at the White House on Monday with Israel’s Prime Minister Benjamin Netanyahu and his rival in upcoming Israeli elections, Benny Gantz. The Palestinian leadership, which has rejected the proposal before it is even released, was not invited to Washington.

“It’s a great plan. It’s a plan that really would work,” Trump told reporters on Air Force One.

“I love doing deals,” he said.

The plan would be rolled out as Trump’s Senate impeachment trial continues on Capitol Hill and as Netanyahu seeks parliamentary immunity from prosecution in corruption cases. Both leaders also face re-elections: Israelis are due back in the polls on March 2 and Trump is gearing up for the US presidential election on November 3.

The US has tried to release the plan multiple times previously, but Israel has been engulfed in a political crisis after Netanyahu failed to form a majority government twice last year, creating uncertainty over who would be in charge to negotiate a peace deal.

“There have been several false starts by the US administration in the unveiling of a plan that has been ready for some time now,” said Lucy Kurtzer-Ellenbogen, the director of the Israeli-Palestinian Conflict Program at the United States Institute of Peace.

“Some think that the administration is running out of patience waiting for Israeli elections that may yet again not be conclusive,” Kurtzer-Ellenbogen told Al Jazeera.

Observers say by inviting both leading candidates, the US may be hoping to get Israel’s next prime minister on board in advance.

Palestinian rejection
The Palestinians have already dismissed “the deal of the century,” as the plan is widely dubbed, saying it will likely be heavily tilted in Israel’s favour – like several other steps taken by Trump since taking office in January 2017.

Over the past three years, the Trump administration has controversially recognised Jerusalem as Israel’s capital and relocated the US embassy there from Tel Aviv; reversed decades of US policy by refraining from endorsing a two-state solution; announced that it no longer views Israeli settlements in occupied territory as “inconsistent with international law”; stopped funding the United Nations’ Palestinian refugee agency UNRWA; and slashed hundreds of millions of dollars of aid to Palestinians, among other steps.

The Palestinian Authority (PA) cut off all talks with Washington since the first of these moves, and a spokesman for PA President Mahmoud Abbas said this week that the Palestinian leadership had a “clear and unwavering position” to reject any Trump-led initiatives.

In a Twitter post, Saeb Erekat, the secretary general of the Palestine Liberation Organization, said any proposal that ignored Palestinian rights would be “recorded in history as the fraud of the century”. Poland refuses to pay for Russian gas in rubles 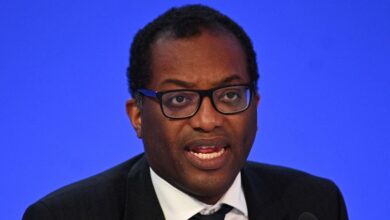 Hanging of Delhi rapists pushed back to later date