Prior to his departure for Moscow this week, Ebrahim Raisi expressed hope that the visit, the first by an Iranian president in almost five years, would lead to a “turning point” in his country’s relations with Russia.

In the Russian capital, both Raisi and his Russian counterpart, Vladimir Putin, supported improving bilateral ties during a three-hour meeting on Wednesday in which they also discussed regional and international issues.

For their part, Iran’s petroleum and economy ministers who accompanied Raisi said their talks with their counterparts exceeded expectations. Without disclosing many details, the ministers said agreements were made in trade, energy, transportation and banking sectors and promised that the results would be felt in the foreseeable future.

Following the two-day visit, analysts said Iran and Russia were on track to improve their bilateral ties across the board – but the scale and timing were complicated by a number of factors. 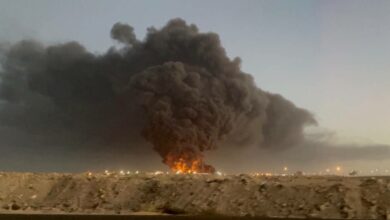 US will not force Taliban to replicate Western culture with frozen funds: Official