NASA and the European Space Agency successfully launched the largest, most powerful telescope ever, the $10 billion James Webb Space Telescope, from South America on Christmas morning.

“Liftoff from a tropical rainforest to the edge of time itself,” a NASA announcer said as the Ariane 5 rocket lifted off as planned at 7:20 a.m. EST on Friday from the Guiana Space Centre in French Guiana.

“James Webb begins a voyage back to the birth of the universe, punching a hole through the clouds 20 seconds into the flight.”

NASA has designed James Webb to surpass the Hubble Space Telescope with infrared vision that can peer 13.5 billion years into the universe’s past — seeing the light of the first stars and galaxies as they formed after the Big Bang.

After 25 minutes of the rocket’s flight, launch announcers said it had functioned perfectly: “It’s been a smooth ride. … Everything fell together on this Christmas Day to send a new present to the world’s astronomers.”

Cheers erupted in the mission control center as the telescope itself separated from the rocket’s upper stage. The spacecraft’s solar array extended a little earlier than expected about 30 minutes after launch, and Webb signaled that it was operating at full power.

“There are no words to describe the emotion that is happening right now in the [mission control] fishbowl,” Raphael Chevrier, a manager with launch company Arianespace, said on a live broadcast. “All I can say is good luck Webb and bring incredible data from the universe.”

The launch brings to a close decades of efforts and repeated delays to get Webb into space as Northrop Grumman built the giant telescope in California beginning in 2004.

NASA Administrator Bill Nelson thanked the European and Canadian space agencies for their contributions to the effort.

“It’s going to take us back to the very beginning of the universe. We are going to discover incredible things that we never imagined,” Nelson said.

The new observatory, however, still has 29 days of the most difficult and complex in-space deployment and unfolding process ever attempted, according to NASA.

The observatory and its tennis court-sized sun shield must unfurl through over 300 deployment procedures, Greg Robinson, NASA’s Webb program director, said during a post-launch press conference.

After 12 hours in flight “we have to do a critical burn to make sure we are still in the right trajectory … So that’s somewhat time-sensitive. And then in … three days we start to do the big deployments,” Robinson said.

Between the 13th and 14th day after launch, telescope operators will command the primary mirror, a large gold-covered dish comprising 18 hexagonal segments, to unfold.

Launch personnel have turned telescope operations over to the non-profit Space Telescope Science Institute based in Baltimore, which also operates Hubble.

Once the Webb telescope is fully deployed, it will arrive at its final destination about 1.5 million miles from Earth.

The institute will spend about five more months commissioning the spacecraft, so the Webb won’t be fully operational until mid-2022.

Astronomers expect some of Webb’s first targets to be planets in our own solar system, and such initial photos may be released to the public.

Astronomers expect the new telescope’s images to be as stunning and revealing as those from Hubble. But James Webb’s images will look a little different, because they will be in the infrared light spectrum, which can see through the gas and haze of galaxies and nebula, for example.

In addition to the earliest stars, scientists eagerly await the powerful new tool to study exoplanets, pulsars, black holes and other space objects. 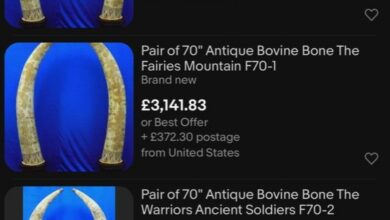 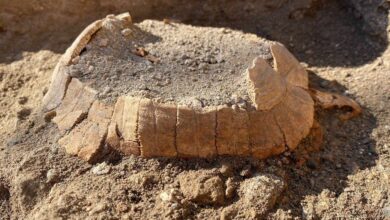 Scientists discover why cheese is so smelly