For several weeks, Indian soldiers have been engaged in a standoff with their Chinese counterparts along their disputed border, even as New Delhi is busy planning a strategy to resolve a land dispute with another neighbour, Nepal.

India’s latest diplomatic row with Nepal erupted on May 8 when New Delhi announced the inauguration of a Himalayan road link that passes through the disputed area of Kalapani.

Under pressure from the opposition, civil society and a vociferous Nepali press, the government of Prime Minister Khadga Prasad Sharma Oli issued a new political map of the country, showing Kalapani, Lipulekh and Limpiyadhura within its borders.

The dispute’s origins lay in the November 2019 release of India’s new political map, which showed Kalapani within India.

The announcement saw Nepal’s capital Kathmandu rocked by protests, while Oli’s government requested a high-level meeting to resolve the dispute. But India was not forthcoming.

The two neighbours entered a new paradigm of “cartographic war” as anger grew on both sides.

It began with an ill-placed remark by the Indian army chief, General Manoj Mukund Naravane, that suggested Kathmandu had acted at the behest of China.

Not to be outdone, Prime Minister Oli questioned India’s commitment to its national motto of “Satyamev Jayate” (truth prevails) by suggesting New Delhi subscribed to “Singhamev Jayate” (the lion prevails).

His remarks about the “Indian virus” spreading the coronavirus pandemic into Nepal added fuel to the fire.

Oli’s nationalist position seemed to be directed at his domestic audience as he used the issue to deflect criticism from his government’s handling of the pandemic, as well as consolidate his beleaguered position within his party.

“Oli’s response did not precede but followed the public uproar,” said Akhilesh Upadhyay, former editor of The Kathmandu Post and a senior fellow at the Institute for Integrated Development Studies (IIDS), a Kathmandu-based think-tank.

He pointed at Nepali objections to the 2015 bilateral agreement between India and China that opened up Lipulekh for trade, to say Nepal’s position has remained consistent despite multiple governments.

India has argued that the road is completely in its territory but Nepal says at least 17km of the new road “passes through Nepali territory,” arguing that the road crosses over to the east bank of the Mahakali River.

Nepal considers east of the river to be its territory based on the 1816 Sugauli Treaty signed with British colonial rulers.

In a series of articles, Kantipur, Nepal’s biggest-selling newspaper, presented the historical evidence: Five British-Indian maps issued between 1819 and 1894 that show Limpiyadhura as the headwaters of the Mahakali; a 1904 letter written by then Prime Minister Rana Chandra Shamsher to village chiefs of the triangle; and evidence of a 1958 voter list and the 1961 census by Nepali authorities in the region. 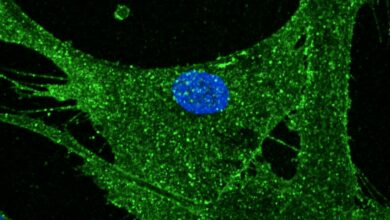