There are several olive oils typically available on U.S. store shelves, including:

These three are the main labels consumers will see in the U.S., says Alexandra Kicenik Devarenne, an international olive oil consultant based in Petaluma in Sonoma County, California. She’s also CEO of Extra Virgin Alliance, an international association of producers dedicated to olive oil quality.

So what, exactly, is “extra virgin” olive oil?

It’s a common question. One survey by the Olive Center at the University of California, Davis, found widespread confusion among consumers regarding the term. The center is comprised of university faculty members, research specialists and farm advisers who address the growing and education needs of California olive growers and processors.

The center’s survey found that 55% of consumers believed they understood the meaning of different olive oil grades. However, no more than 25% of participants responded correctly to statements about the grades.

There’s no one extra virgin olive oil standard that every olive oil producer and seller in the U.S. or overseas applies, Devarenne says.

“All this talk of standards can be confusing, but the important thing to know is that extra virgin is the best tasting and healthiest choice,” Devaranne says.

Overall, at least 75% of the extra virgin olive oil marketed in the U.S. is sold by companies that say they apply the USDA or IOC standards, says Joseph Profaci, executive director of the North American Olive Oil Association. There’s no federal governmental agency enforcing these standards. The USDA standards are voluntary. Though the USDA extra virgin oil grade guide puts “U.S.” in front of each of the five types of oil graded, many companies that import olive oil also apply these standards, Profaci says.

A couple of other things to know about extra virgin olive oil: This grade of oil is extracted from olive pulp with a press, typically centrifugal in nature, and no chemicals or heat, which is why it’s sometimes referred to as a “cold-press” product, Profaci says.

Extra virgin olive oil is the healthiest kind of olive oil because it contains natural chemical compounds known as phenols or polyphenols that provide a host of health benefits, says Mary M. Flynn, a research dietitian and associate professor of medicine, clinical, at Miriam Hospital and Brown University in Providence, Rhode Island.

Research suggests that phenols provide an array of health benefits, including:

“The phenols found in extra virgin olive oil have been shown to improve an impressive range of disease risk factors,” Flynn says.

Be Wary of Labels

It’s important to keep in mind that just because a product is labeled as extra virgin olive oil doesn’t mean it is.

So, if you pick up a bottle of olive oil in a local retail store that’s labeled “extra virgin,” it may not be, says Kristin Kirkpatrick, a registered dietitian nutritionist with Cleveland Clinic.

Author Tom Mueller wrote an entire book that explored what he described as the high rate of adulterated olive oil: “Extra Virginity: The Sublime and Scandalous World of Olive Oil.” The book, published in 2011, reveals that some unscrupulous olive oil dealers mix olive oil with vegetable oils, such as soybean or sunflower seed oil.

You’ll only get the full health benefits of extra virgin olive oil if you purchase the real thing, rather than a lesser product inside a bottle with a misleading label.

Buy online, directly from the producer if possible. When you buy directly from the person who is making the oil – which will usually mean buying online if you’re outside the olive-oil-producing areas of the U.S. – you have a greater assurance of attention to quality, Devarenne says. Many producers have a website that will tell you about their farm and products. Although some of the online sellers are just bottlers of other people’s oil, you can find online olive oil boutiques that carry a small range of high-quality imported and domestic extra virgin olive oil straight from the producer.

Shop at specialty stores. Your chances of finding high-quality extra virgin olive oil are best if you shop at a boutique store that takes food – and olive oil – seriously, Devarenne says. Ethnic markets and gourmet stores or well-curated grocery outlets can be good bets.

Flynn suggests trying boutique stores that sell only vinegar and olive oil. Some of these stores allow customers to sample olive oil before purchasing it.

For example, the California-based olive oil company Veronica Foods distributes extra virgin olive oil to more than 400 boutique stores nationwide, says Veronica Bradley, the company’s owner. Veronica Foods supplies written material showing the chemistry of its products to the stores it distributes to (which she says shows the oil is high-quality virgin grade), and the retailers display the information for customers. The stores Veronica Foods distributes to typically allow consumers to taste the oil before purchasing it, she says. (All olive oil stores and many specialty markets will allow consumers to taste olive oil before they buy it, Devarenne says.)

Look for a sell-by date or a harvest date. A sell-by date is important because a harvest date may not be on the bottle, says Selina C. Wang, research director at the Olive Center. A typical average shelf life for olive oil that’s unopened is about two years, though this can vary depending on the packaging and the quality of the olives and of the oil after milling.

Ideally, you could opt for the freshest option by looking for a harvest date. Here are the times of year that olives are harvested in different parts of the world:

“With enough time, all olive oils, even the highest-quality oils, will become rancid from oxidation,” Wang says. “The bright flavors and health benefits in olive oil will diminish with time.”

It’s best to finish a bottle of extra virgin olive oil between six weeks and four months of purchasing it, depending on how many people are consuming it and the size of the bottle. “Don’t save it for special occasions,” Wang says. “The oil will never get fresher or better. The earlier you can use it, the better.”

Know the taste of fresh oil, and sample itbefore you buy it. Extra virgin olive oil is a minimally processed food and should taste of fresh olives, not cured ones, Devarenne says. (Traditional table olives are cured by fermentation, which is not a good thing in olive oil.) The fruity notes in olive oil can be green, like grassy, herbaceous or artichoke; or ripe, like nutty, buttery or banana.

In general, olive oils with higher phenol content will have a bitter and/or peppery taste as well, she says.

If the store doesn’t allow you to taste the oil before you buy it, take it home and taste it right away, Profaci advises. If you don’t like it, take it back. Return policies may vary, but generally supermarkets will take such products back and not charge the customer, he says. “Just don’t use half the bottle before returning it,” he recommends.

Choose a product that’s in a protective container. Extra virgin olive oil’s biggest enemy is oxidation, which is caused by light, heat and oxygen. Therefore, it’s best to purchase olive oil that’s in a container that can keep the product as fresh as possible, Profaci says.

If given the choice, consider that olive oil in a light-resistant (typically dark) container would have been protected from light, Profaci says.

Store the oil in a dark and cool place. To protect olive oil from oxidation, store it in a cool and dark place, like a kitchen cabinet, Wang says. It’s not necessary to refrigerate olive oil, but it’s best not to leave it out on the kitchen counter near the stove, either.

Look for a seal denoting high quality. When you’re shopping, look for olive oil bottles that have a quality certification seal, like the ones from the California Olive Oil Council or the North American Olive Oil Association, which follow the standards of the International Olive Council, Profaci says. Such seals confirm the product meets the standards of those organizations. They indicate that the manufacturer has had the organization issuing the seals test its oils for quality. It doesn’t mean every batch is examined. 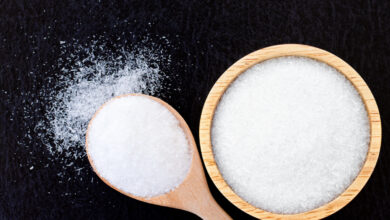 The Surprising Truth About MSG You Need to Know

7 High-Zinc Foods That Are Way Better Than a Supplement

Cancer patient set on fire during operation in Romania

WHO to trial malaria, arthritis drugs as COVID treatments

Here’s How to Get the Most Out of Your Sliders