A new generation of Black and Afro-Iranians are revitalising their distinct histories and culture.

California is one of the many places Priscillia calls ‘home’, adding to an impressive list that includes  Nigeria, Mauritania, the Democratic Republic of Congo, Central African Republic and her native countries of Congo-Brazzaville, Iran and France. She’s hoping Sierra Leone will be added to the list one day because of her husband’s heritage.  She tells me,  “No-one can really pin me and I do not belong anywhere, rather everywhere”.

But that doesn’t mean heritage isn’t important for the 38-year-old writer, filmmaker and human rights consultant. In fact it’s the basis of a new project she’s launched, that ties both her  Black and Iranian identity together, bringing to light a part of the African diaspora that is rarely acknowledged. She and a group of Black and Afro-Iranians  created ‘Collective of Black Iranians’,   a multimedia initiative that uses storytelling, history and art, including graphics, music , and short films to tell the stories at the intersection of being African, Iranian and Black.

The exact number of Black and Afro-Iranians is not known. Their ancestry is linked to either the Trans-Saharan slave trade, the 19th century Pearl Diving trade, or more recent  economic migration from Iran and African countries  to the West for example. However, race and ethnicity are rarely discussed among Iranians- something Priscillia is all too familiar with.

“To be the only Black little girl in an entire bazaar and every street you turn in Tehran..you don’t really see blackness in Tehran or in Northern Iran. It’s a very singular and isolating experience where identities are at the margin. I never had conversations about race or things we should be having conversations about, such as anti-blackness, both on the African and Iranian sides of my family. For me it was a reality that I couldn’t ignore- that people had a reaction to my blackness and that I could now do something about it.”

Born in France to a Congolese father and an Iranian mother, Priscillia was raised between their native countries. The experience has contributed to her transnational  outlook, which has also  been the bedrock of her career. But drawing upon her youth, Priscillia explains that because one’s relationship with identity begins early;  projects like the Collective gives people with similar experiences a safe space where they do not have to choose between their intersections.

“I wanted to leave something in this world for other kids like me who felt they were part of a community and hold  different intersections. Over the years, it was a personal project I kept pushing, when I became a mother- it became more urgent. This is the result of such labor of love & pain & even more love”, Priscillia tells TRT World.

Alex Eskandarkhah’s experience was a little different. His upbringing exposed him very early on to the realities of race, identity and inclusivity- subject matters that he regularly discusses as a host of the podcast ‘The Gifted Gab’. He was born and bred  in Canada which is considered an open and tolerant society today, but has its own racist history against groups including Black and indigenous peoples. But while race and multiculturalism are openly discussed within Canadian society,  it was his mother (an Afro-Iranian with Nigerian roots and a descendant of enslaved people) and Iranian father who instilled in him pride in his identity and heritage:

“I was surrounded by blackness and raised by a Black mother who made me very conscious of that in addition to the interactions I’ve had in Canada.  My parents did a really good job of giving me the right tools to understand how society works”.

Black people have been historically misrepresented, marginalised and negatively defined by non-Black people. It’s something that sits at the heart of the  kind of change the group wants to push with the Collective. Alex explains  an important starting point is to reclaim the term ‘Siyah’ -which in persian means ‘Black’ and has a negative connotation- to a positive and liberating definition for Black and Afro-Iranians. But the collective also respects the diversity of experiences that comes with blackness, which is why they mention both the use of ‘Black-Iranian’ and Afro-Iranian’ across their work. This is to accommodate the diversity of how Iranians of African descent choose to identify. The second starting point he emphasises is that the need to congruent the  deliberate ‘erasure’ on how Black people ended up in Iran:

“You’re shattering people’s beliefs about history, so we’re here to put the puzzles together for that to make sense.  Today there are Iranians who  think Black people in the south of the country are Black because of the sun for instance. With the work of our resident historian, there seems to be a pattern of an intentional erasure in the history of blackness because they didn’t want to ‘see race’. It was counter-intuitive because it erased the story on how we as Black people ended up in Iran, some by forced migration and some by chosen migration.”

This research translates into the central vehicle for the collective- art. In fact the collective’s instagram page is awash with riveting and bold illustrations that include a variety of inspiring quotes, short stories and videos of Black and Afro-Iranians sharing their experiences, Black pride and art.

The collective also curated a number of series including the #HajiNaneh series that explores the story of a Black enslaved-girl’s quest for freedom  with the help of a Black-Iranian ‘Harriet Tubman’, to the history of African pearl divers in Iran, to  their ‘Voices of Home’ series which features a collection of memories from Black and Afro-Iranians.

It’s breaking the mould and mystique around Black Iranians history as well as contemporary life.

“If you’re not disruptive, then what kind of art are you creating?”, Priscillia explains.

But the disruption has provoked  mixed responses: “I think with anything you get overwhelming positive reactions. But we also get reactions from people who are harder to convince and it may take a few conversations to change people’s thinking. The people who have probably benefited the most include Iranians and  Black people from East and West African countries,  Zanzibar, Ethiopia and Somalia, the US and Canada have been so receptive even to a history that isn’t specifically theirs”, Alex says.

Priscillia  was in the United States when Black Lives Matter protests emerged  last summer,  following the deaths of African-Americans George Floyd, Breonna Taylor and Ahmaud Arbery. The national and international reaction not only gave her an intimate insight into the discourses over race, identity and justice in the United States, but reiterated her belief that blackness and the fight against white supremacy should be seen through a global lens.

Priscillia  tells me how the Collective adds to the emerging stories of the Black experience in countries and parts of the diaspora, where those communities are mired in taboo:

“The events of Black Lives Matter movement last year led the world to ask the questions about the voices we ignore.  More stories of individuals of African descent in places like Brazil, Peru or Morocco started emerging that you wouldn’t usually consider, and it  was important for me to make sure we share our  own stories and complete the narrative.

Their ‘Black is beautiful’ series celebrates for the first time in Iranian culture, Black beauty, in all its shades, and highlights the journeys of Black-Iranians through a series of moving graphics, poetry, audio and portraiture.

And it’s for this reason why the collective does not only propagate Black-Iranian narratives. The website for instance includes Afro-centric books from non-Black Iranians such as Cheikh Anta Diop’s ‘Precolonial Black Africa’, Kwame Nkrumah’s ‘I speak of freedom’ and Audre Lorde’s ‘Your silence will not protect you’  Major historical and contemporary Black figures like Marcus Garvey and Haitian-American Edwidge Danticat are celebrated and scattered across their social media as part of their ‘Consciousness Series’.

“One of the things about the co-founders is we are all thinkers and intellectuals. We came together for dialogue and are conscious of blackness because of what we’ve read as well as lived. Blackness is transnational. At the end of the day, we Black Iranians sit at an intersection, but our struggles aren’t unique to us. We’re speaking on behalf of (all) Black people as well”, says Alex. 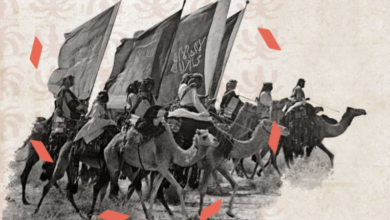 Schools Must Open up in Italy For The Stress is Too Great!