US President Donald Trump’s position on climate change has been in the spotlight again, after he criticised “prophets of doom” at the World Economic Forum in Davos.

At the event, which had sustainability as its main theme, and activist Greta Thunberg as its star guest, Mr Trump dismissed “alarmists” who wanted to “control every aspect of our lives” – while also expressing the US’s support for an initiative to plant one trillion trees.

If you judge the president based on his words alone, his views on climate change appear contradictory – and confusing.

He has called climate change “mythical”, “nonexistent”, or “an expensive hoax” – but also subsequently described it as a “serious subject” that is “very important to me”.

Still – if you sift through his multitude of tweets and statements, a number of themes emerge.

In 2009, Mr Trump actually signed a full-page advert in the New York Times, along with dozens of other business leaders, expressing support for legislation combating climate change.

“If we fail to act now, it is scientifically irrefutable that there will be catastrophic and irreversible consequences for humanity and our planet,” the statement said. 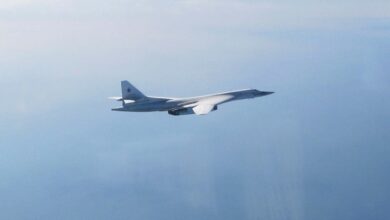