In South Asia, the word curry doesn’t really describe much, but is rather an anglicised version of an indigenous word which doesn’t mean ‘curry’.

Curry is inextricably linked with the Indian Subcontinent, or South Asia. The word was invented by the British however, when India was under colonial rule. According to one account, ‘Curry’ is the anglicised version of the Tamil word ‘kari’, which means a sauce or gravy, instead of a spice.

Nowadays, curry has come to mean any number of things to the English-speaking world. Lentil soup, chicken cooked in a creamy sauce, even spiced sauteed potatoes, are all referred to as curries. In the subcontinent though, you’d be hard pressed to find any of these dishes referred to in this way.

For people who grew up with the original cuisine, this may be off-putting. The English usage of curry is not far in meaning from the word ‘Masala’, meaning a mix of ground spices. In its modern usage, curry is probably best compared to ‘salaan’ in Urdu and Hindi, which means ‘gravy’.

In South Asia, ‘Karhi patta’ or curry leaves, form a crucial ingredient in innumerable dishes, and are particularly essential to dishes like ‘Karhi’ or ‘Kadhi’. Often consumed with rice, the gravy-heavy dish features vegetables, gram chickpea flour-based sauce, and yoghurt.

Garam means warm or hot, while masala means a ground mixture of spices. There is no fixed recipe for garam masala within any South Asian country, with tastes varying from family to family, and between different regions.

In her book, Curry: A Tale of Cooks and Conquerors, food historian Lizzie Collingham relates the earliest misunderstanding that gave rise to the modern-day understanding of ‘curry’.

In the early 1500s, when the Portuguese first captured Goa, in southern India, they inquired about food being eaten by the locals. They were told something that sounded like “Khari” or “Caril”. Collingham says that at the time, the word likely referred to both the spice and the sauce.

How did dishes like Biryani and ‘vindaloo’ go from being local delicacies, to high-demand dishes around the world?

When the East India Company (known as the British East India Company after 1707) came to India around 1600, the British Empire was introduced to Indian cuisine by local cooks. Sticking the vague label “curry” on the dishes, they would eventually appropriate it and make it more palatable – or from an Indian perspective, more bland – before sending it home.

Two hundred years later, curry was a landmark of the British diet, regularly featured in cookbooks at the time. For instance, an 1861 bestseller, called Mrs Beeton’s Book of Household Management, instructs its users to make a cream-heavy stew with apples, meat and pre-packaged curry powder.

For Indians today, this was a form of cultural appropriation at best, and deep economic exploitation at worst. India, they believe, could have headed its own spice empire with the incredible variety and diversity in food it has always enjoyed.

In a peer-reviewed article published in Frontiers: A Journal of Women Studies, Susan Zlotnick argues that the British empire took away one of India’s most valuable assets, possibly in order to “neutralise the threat of the Other by naturalising the products of foreign lands” for Victorian women.

In the process, a lot of the cultural nuances and diversity that came with it were lost. For much of history, curry was as spicy as local peppers. In some ways, that helped the dish.

For instance, when the Portuguese arrived in India, they brought peppers with them from the Americas, which were a big hit. Since then, South Indian food has traditionally been much more spicy than north Indian cuisine. In Kashmir for instance, a sweeter and milder native pepper is used.

But this form of cultural transfer was not always peaceful, and sometimes it came at a heavy cost. For instance, after the British Empire ended the practice of slavery in 1833, they had to contend with major labour shortages throughout their plantations worldwide.

While initially freeing over 800,000 African slaves with the abolition of slavery, the British Empire would go on to press nearly 1.5 million South Asians into indentured labour in the Caribbean islands and South Africa.

In spite of this dark episode of history, each of these regions has come up with their own take on ‘curry’, giving rise to new delicious foods and a richer culture.

In the Caribbean today, one of the most popular dishes is goat meat and chickpea curry, served with roti (flatbread). Even today, their curry still uses a mix of ginger and coriander, while incorporating allspice for a Caribbean unique twist. 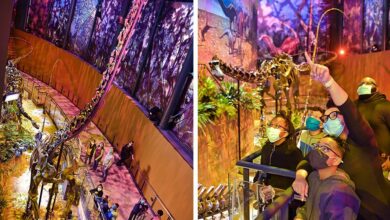