I should be dead.

Since the start of this stubborn, life-sapping pandemic, I have, perhaps like you, taken precautions to ward off being infected and killed by an ever-mutating virus.

Given my age and medical history, I am at particular risk. Still, unlike so many others, in so many other places, I have been able to work from home and head out only when necessary.

I suppose my diligence, privileges and a large dose of luck have combined to keep COVID-19 at bay – for now.

But I know that if the white-coat army of nurses, doctors, and scientists – working in anonymity – had not engineered and dispensed vaccines that blunt the lethal aspects of a raging, indiscriminate virus, chances are, given my seniority and pathological troubles, I would not be writing this column.

I am sure of this.

So, at a time of year that encourages us to reflect on the near and distant past and to consider future hopes and possibilities, I am compelled to offer my sincere thanks and abiding gratitude to the white-coat army who have not only saved my life, but the lives of people in my orbit whom I admire and love.

They have saved a dear friend’s life. A career diplomat, father, husband and cancer survivor, my good mate is fast approaching retirement after spending more than 30 years trying to make life better for people in often poor, faraway countries using the influence and opportunity his position and diplomatic passport afforded him.

Without the vaccines, my friend – his natural defences weakened by a malignancy he defeated some time ago – would likely be facing a more precarious fate.

I am grateful to the white-coat army for saving his life – twice.

They have saved my doctor’s life. A woman of singular grace and integrity, my GP has never let a diagnosis of multiple sclerosis early in her studies prevent her from achieving her calling to tend to the legion of patients who know that she is more saint than physician.

Hobbled, but not vanquished, by an incurable disease that has drained her of strength and a reassuring measure of stability, this born healer continues to heal people whose minds and bodies require healing, confident that she is protected against the vagaries of a virus that haunts the world.

They have saved my sister’s life. Another cancer survivor, wife and mother of three, my older sister has devoted herself to caring for others in need – young men and women whose bodies grow older, but whose intellects do not. My sister looks after her vulnerable charges with a limitless well of kindness and generosity.

Without the vaccines, my sister – her natural defences also diminished by a scarring bout with an insidious tumor – would not be able to do what she was always destined to do – help people.

In spite of the white-coat army’s herculean efforts, there are, of course, countless sad stories of children, women and men who have succumbed to a rampaging virus that does not respect ages, borders or nationalities.

We have watched – humbled and amazed – as the white-coat army have gone about their hard work, despite the constant danger, exhausting every tool and means available to save lives.

We have watched – humbled and amazed – their dedication and persistence in the face of the kind of grinding loss and grief that test in ways that only they understand.

We have watched – humbled and amazed – their astonishing patience with, and care for, the selfish vaccine vagrants who, today, make up most of the residents in intensive care units, riddled with an adept virus that exploits such ignorance and arrogance with devastating ferocity.

These me-first-the-rest-of-you-do-not-matter dolts reject the pleas and advice of the white-coat army until it is too late. Then, in death-bed epiphanies, they curse the slick peddlers of lies and conspiracy theories who told them to forgo masks and vaccines in favour of toxic potions and bravado.

Unlike me, the white-coat army avoid passing judgement on these callous cretins. Instead, they follow their oaths and do their duty to mend human pain and suffering – whenever and wherever they can.

In return, populist charlatans, masquerading as prime ministers and premiers, acknowledge their sacrifices in sweet-sounding speeches, while skirting the very rules meant to stem the COVID-19 tides and denying the white-coat army the pay, respect and respite that they have earned many times over.

Worse, populist charlatans, masquerading as journalists in search of a burst of ephemeral attention, have not only smeared selfless scientists like Dr Anthony Fauci but encouraged their audiences to “ambush” the renowned immunologist and deliver the “kill shot”.

These fame-hungry buffoons have prompted Dr Fauci to be accompanied on his daily walks with his wife by armed bodyguards.

Through it all, Dr Fauci and accomplished company have retained their dignity and humanity, while the charlatans – on and off TV – have forfeited what remains of theirs.

Finally, it is not an exaggeration to say that without their indispensable, curative contributions and discoveries, an already anxious global community would, I suspect, teeter on a full-blown and destructive panic that would spread quickly and take tenacious root.

During the pandemic, we have witnessed, in disquieting spams, some of the consequences of this different type of contagion: despair and hopelessness fuel anger and resentment that inevitably turn to violence.

I am convinced that our political “leaders” are quietly preoccupied with the potential costs and possible expressions of this brewing, unspoken undercurrent, but only the white-coat army can truly address and forestall the looming chaos.

It is an extraordinary burden and responsibility.

You and I must thank the white-coat army of nurses, doctors and scientists for volunteering to confront this existential challenge with the poise, skill and intelligence these awful, disheartening times demand. 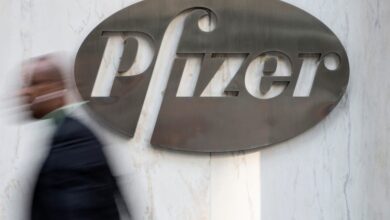 The Difference Between Bodybuilding, Powerlifting, and Weightlifting

RSV is ‘particularly bad’ this season, hospitals around the country warn How Balancing ‘Warming’ And ‘Cooling’ Foods Could Benefit Your Health