Egyptian-Palestinian activist Ramy Shaath has arrived in France after spending more than 900 days in detention in Egypt.

Shaath, who co-founded the Egyptian chapter of the pro-Palestine Boycott, Divestment and Sanctions movement, arrived in the French capital, Paris, on Saturday.

His family said Egyptian authorities forced him to renounce his Egyptian nationality as a precondition for his release.

Shaath walked out of the Paris’s Charles de Gaulle Airport with his French wife, Celine Lebrun, on Saturday to cheers and shouts of “Welcome!”

“It’s a bit overwhelming, I’m very excited to be here,” he told reporters.

“I spent the last two-and-a-half years in between a few prisons, a few forced disappearance spots, some of them underground, some of them solely, some of them with huge numbers of people in a very inhumane way of treatment, in a very challenging way of living” he said.

“I still have all my resolve, and my determination to continue,” he said, calling for the release of his “friends and comrades” still in Egyptian detention. 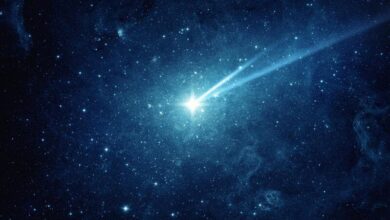 Lightning strike may have killed 18 wild elephants in India: Officials