It was a cold afternoon in December 1979. I was attending the makeshift central government school in the town of Maligaon, which means “the gardener’s village”, in the northeast Indian state of Assam. I was in class 3.

Suddenly we heard police sirens. We saw the police enter the principal’s office. That is when I heard the word “curfew” for the first time. Soon after, a boy whispered into my ear: “It’s Assamese versus Bengali.”

I learned later that day that violence had broken out on the streets that morning. There were reports of stone-throwing by Assamese in a Bengali neighbourhood called Das Colony. A petrol pump on the main road between Maligaon and Guwahati, the largest city in Assam, was set on fire and the peace I had taken for granted went up in smoke.

When I had left home for school earlier that morning, I had seen and heard nothing that suggested anything was wrong with the world around me. How had things become so crazy by recess?

I did not know then that life as I understood it was about to change. History pulls you by your ears far more brutally than a teacher in the classroom or a parent at home. It forces you to grow up instantly and face a world you are unprepared for.

We were sent back home in a car. The shops were shut, and the roads were empty, except for policemen. I experienced my first fear of the world. I did not know if I was safe inside the car.

We passed a makeshift stage on the main road to Guwahati, made of bamboo and white cloth with a photograph of a young Assamese boy, Khargeshwar Talukdar, who had been killed by police fire and declared a “martyr”. It was surrounded by incense sticks and beside it was written in Assamese: “We will give blood, not country.”

It was a territorial stake in the ground by Assam’s majority ethnic group, the Assamese, who were declaring that they would rather sacrifice lives than give up exclusive claim to the land around us.

I was catapulted into history that day.

A label and a slur
Within a few hours of returning home (much to the relief of my parents and neighbours), I learned about the preamble to this conflict. I was a “foreigner” in Assam, where I had been born: a frightening word meant for all outsiders, even migrants from Bihar state and Darjeeling district (in West Bengal state). It was a political label and a slur.

The political concern of the Assamese community was that large-scale migration was threatening to turn them into a linguistic minority. Assam’s leaders argued that the number of refugees from East Pakistan, fleeing conflict and civil war with West Pakistan, which ultimately led to the creation of Bangladesh in 1971, had created a demographic imbalance, endangering the rights of the “indigenous” Assamese (a term borrowed from the colonial lexicon).

They demanded that refugees from Bangladesh arriving between January 1, 1966, and March 24, 1971, should be made ineligible for citizenship rights. In the Assam Accord of 1985, signed between Assam’s student leaders and the Rajiv Gandhi government on March 24, 1971, was set as the cut-off date for identifying and expelling “foreigners” (mainly immigrants from Bangladesh).

Dates were a matter of political negotiation, but did not matter when it came to targeting people in the street for the language they spoke. My father, a Bengali Hindu refugee from Mymensingh, then in East Pakistan, who came to Assam in 1951 to join the Northern Frontier Railway, was a “foreigner”. My mother was born in Assam. But since her parents hailed from Dhaka, she too was a “foreigner”. I inherited the distinction of being a “foreigner” by birth.

Once you lose your home, you live your past in your tongue. My father used to speak endlessly about his home. His proof of belonging lay in his recounting the names of the 12 police stations of Kishoreganj, a district in Dhaka division of Bangladesh. I never understood his obsession with that until much later. Refugees are parrots of memory. Naming as an act of repetition is a mark of loss, a way to hover around the same place and time that is gone forever.

From 1836 to 1872, Bengali was imposed as Assam’s state language by the colonial government, while Assam was part of the Bengal Presidency, once the largest subdivision of British-ruled India. It was a colonial manoeuvre for administrative ease, but Bengalis were thereafter blamed for what was seen as cultural hegemony. The Assamese people felt that the fewer Bengalis within their territory, the better. Nothing much has changed since.

A body without a place
The insecurity of culture is a territorial concern. It causes fear of numbers, fear of presence. Refugees are people only to themselves. For the nation, refugees are a population looking for legal status. For refugees, the citizen is a desirable but frightening idea. It eludes their condition. The nature of this crisis was explained by Hannah Arendt, the German-American political theorist and author of We Refugees: those who are not citizens are not considered human beings. The refugee is another species. He or she is an encroacher, an infiltrator, and resembles an insect. 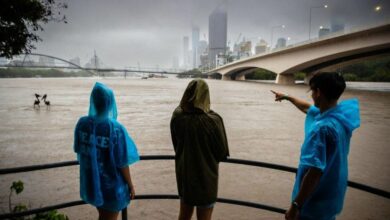