She recently teamed up with British singer Dua Lipa for her new single Prisoner, which is currently riding high on the charts.

And Miley Cyrus, 28, marked the track’s release late Thursday night by sharing a series of racy shots of herself with Dua, 25 – including one of them teasing a kiss.

Just a day earlier, American star Miley raised eyebrows when she shared, in the bluntest of terms, that she’d entertain a sexual encounter with brunette beauty Dua.

During an appearance on The Howard Stern Show earlier this week, the titular host told Miley ‘it looks like the two of you are having full-on sex’ in their Prisoner video.

‘We did not have sex,’ she responded. ‘Dua Lipa constantly reminds me. She gives me the “in your dreams”. I’ve never actually had a wet dream about Dua Lipa.

‘That’s something that she’s projecting onto me. I did not get to have sex with her unfortunately.’

Pointing out that Dua is in a relationship with Anwar Hadid, she continued: ‘I don’t really wanna f**k Dua Lipa that much. I think I know her too well as a friend, and, like, I don’t know – not really, no.

‘But I definitely like kind of pretending that we have because it ends up getting us a lot of views on our music video. So, it’s just manipulation, just the standard pop culture manipulation.’

However, her stance soon shifted as she added: ‘OK, I kind of want to f**k her, like, five percent. The more and more I’m thinking about it, I kind of do.’

Sharing that One Kiss hitmaker Dua ‘doesn’t really wanna f**k’ her either, Miley admitted: ‘Maybe if she did, I’m sure I’d take the bait. I mean, like come on. I would.

‘If it was an opportunity that presented itself. There are a lot of things that I haven’t really wanted, and then when it comes to be in front of me, there I go. I don’t know.

During the same interview, Miley also revealed there was ‘too much conflict’ in her marriage to ex, Liam Hemsworth, but admitted she still loves him ‘very, very much’.

T he singer said: ‘There was too much conflict… When I come home, I want to be anchored by someone. I don’t get off on drama or fighting.’

Miley and Liam, 30, were married in an intimate ceremony in December 2018, before splitting only months later in August 2019.

She revealed that she and the Australian actor never planned on getting married after a 10-year on-off relationship.

‘We had been like, engaged – I don’t know if we really ever thought we were actually going to get married, but when we lost our house in Malibu – which if you listen to my voice pre- and post-fire, they’re very different so that trauma really affected my voice.

She said: ‘I was actually in South Africa, so I couldn’t come home, and like, my animals were tied to a post at the beach. I lost everything.

‘I had Polaroids of Elvis, like front row, passed on from, I got a couple grandmas to give me their Elvis Polaroids. I always became friends with my friends’ grandmas so I could get the goods from the artists I love.

‘I had so much and it was all gone, every song I had ever written was in that house. Every photograph of me that my parents had given to me, all my scripts, I lost everything.

‘And so in trying to put that back together, instead of going, “Oh, nature kind of did something I couldn’t do for myself; it forced me to let go,” I ran toward the fire.

‘Which is not abnormal, a lot of animals do this and end up dying, like deer run into the forest.

‘You’re attracted to that heat and me being an intense person and not wanting to sit with it, and not wanting to go, you know, “What could be purposeful about this?” I just clung to what I had left of that house, which was me and him.’

But the We Can’t Stop singer insisted she will ‘always’ love Liam, saying: ‘And I really do and did love him very, very, very much and still do, always will.’

In August 2019, Miley’s rep told People: ‘Liam and Miley have agreed to separate at this time,’ ‘Ever-evolving, changing as partners and individuals, they have decided this is what’s best while they both focus on themselves and careers.’

Miley also spoke about her relationship with the Isn’t It Romantic actor on the Call Her Daddy podcast in August.

She said that when they finally decided to split for good, it felt ‘like a death’.

‘I had a very public, very big breakup that was over a 10-year span of a relationship… It’s like a death when you lose a love that deep. It feels like a death,’ she confessed.

She added: ‘Honestly, sometimes [death] even feels easier because [with a breakup] the person is still walking on the earth.’

Since their split, Liam has been in a relationship with Australian model Gabriella Brooks, who he began dating in December last year.

Meanwhile, Miley enjoyed a whirlwind relationship with Brody Jenner’s ex-wife, Kaitlynn Carter, but they split in September 2019, after just a month.

Miley then began dating Australian singer Cody Simpson in October 2019, before splitting in August this year. 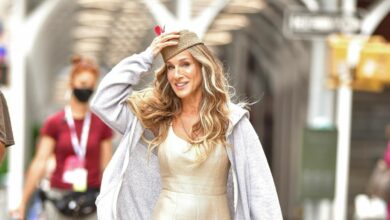 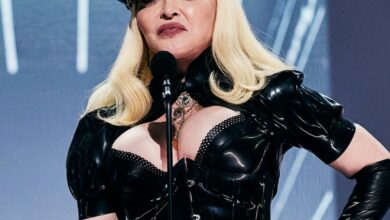