Security forces fired water cannon and tear gas at protesters near Lebanon’s parliament building on Wednesday as the country marked the first anniversary of the catastrophic explosion in Beirut port.

Demonstrators, angry over a lack of justice for the blast’s victims and a severe deterioration in living conditions, had been throwing stones at the building, with some trying to climb its gate.

At least six people were injured in the vicinity, a security source told Reuters. 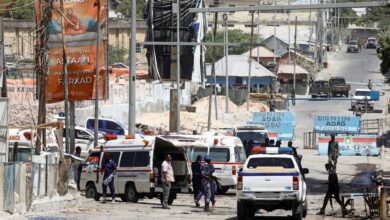