Syrian singer Asala Nasri performed her first concert in Cairo after announcing her divorce from her director husband Tariq Al-Arian.

Asala’s daughter Sham Al-Dahabi attended the concert, and was very emotional as she watched her mother sing.

Even though Asala tried her best no to cry while performing ‘Bein Edeik’, Sham on the other hand couldn’t stop herself from crying especially since the video for the song was directed by Tariq Al-Arian.

The video was considered one of the most popular videos that shows the romance between Asala and Tariq.

There were many rumors about the separation of Asala from her husband, after she published various tweets and comments on social media leading up to the split.

She always left room for interpretation, never confirming or denying rumors until the news was official. 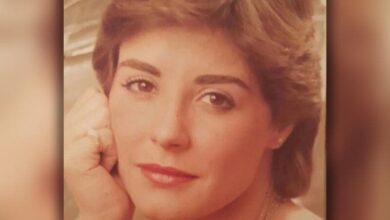 Menna Arafa and Mahmoud Al-Mahdi Separate Before the Wedding

Billie Eilish Reveals She Was the Justin Bieber Fangirl