The “mountain” of waste electronic and electrical equipment discarded in 2021 will weigh more than 57 million tonnes, researchers have estimated.

That is heavier than the Great Wall of China – the planet’s heaviest artificial object.

The assessment is by an international expert group dedicated to tackling the global problem of waste electrical and electronic equipment (WEEE).

They point out that the value of those discarded materials is vast.

According to a 2019 report by the World Economic Forum, the world’s electronic waste has a material value of $62.5 billion (£46 billion) – more than the GDP of most countries.

“A tonne of discarded mobile phones is richer in gold than a tonne of gold ore,” said Dr Ruediger Kuehr, director of the UN’s Sustainable Cycles (SCYCLE) programme.

Globally, the amount of so called e-waste generation is growing by two million tonnes every year. It is estimated that less than 20% is collected and recycled.

Pascal Leroy, who is director general of the expert group the WEEE Forum, says by making products with shorter lifespans and limited repair options, manufacturers have a major role to play in the increase of waste.

“Fast mobile phone development, for example, has led to a market dependency on rapid replacement of older devices,” he told BBC News.

Consumers can also be reluctant to recycle their personal electronic equipment. In the UK, a 2019 study by the Royal Society of Chemistry found that as many as 40 million unused gadgets are languishing in our homes. That puts pressure on the supply of many valuable and rare elements.

Elements in smartphones that could run out in the next century:

“Consumers want to do the right thing but need to be adequately informed and a convenient infrastructure should be easily available to them so that disposing of e-waste correctly becomes the social norm,” added Pascal Leroy. He also pointed out that recycling electronics, rather than throwing them away, also reduces greenhouse gas emissions.

“Every tonne of WEEE recycled avoids around two tonnes of carbon dioxide emissions,” he said. “So this is more important than ever as our governments go into COP26 to discuss global action to reduce carbon emissions.”

In the UK, the organisation Material Focus has a postcode locator for people to find their nearest e-waste recycling point for items such as toasters and old cables.

The UFOs Are Real – The US Provides The Evidence 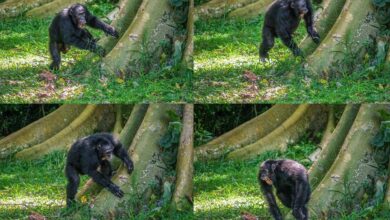