The United States had decided to cut $100 million in aid to Ethiopia amid a dispute with Egypt and Sudan over a mega dam that Ethiopia is building on the Nile, a congressional source told Reuters on Wednesday.

Ethiopia, Sudan and Egypt have been locked in a bitter dispute over the filling and operation of the Grand Ethiopian Renaissance Dam (GERD), which remains unresolved although the reservoir behind the dam began filling in July.

“State has decided to cut assistance” due to Ethiopia’s position on GERD negotiations, the source told Reuters via email. “Up to $100M or so will be affected, of which $26M is funding that expires at the end of the (financial year),” the email said.

The source said much of the expiring funding deals with regional security or border security, political competition and consensus-building, and nutrition.

But funding for HIV/AIDS, the food for peace program, international disaster assistance, and migration and refugee assistance would be unaffected, the official said. 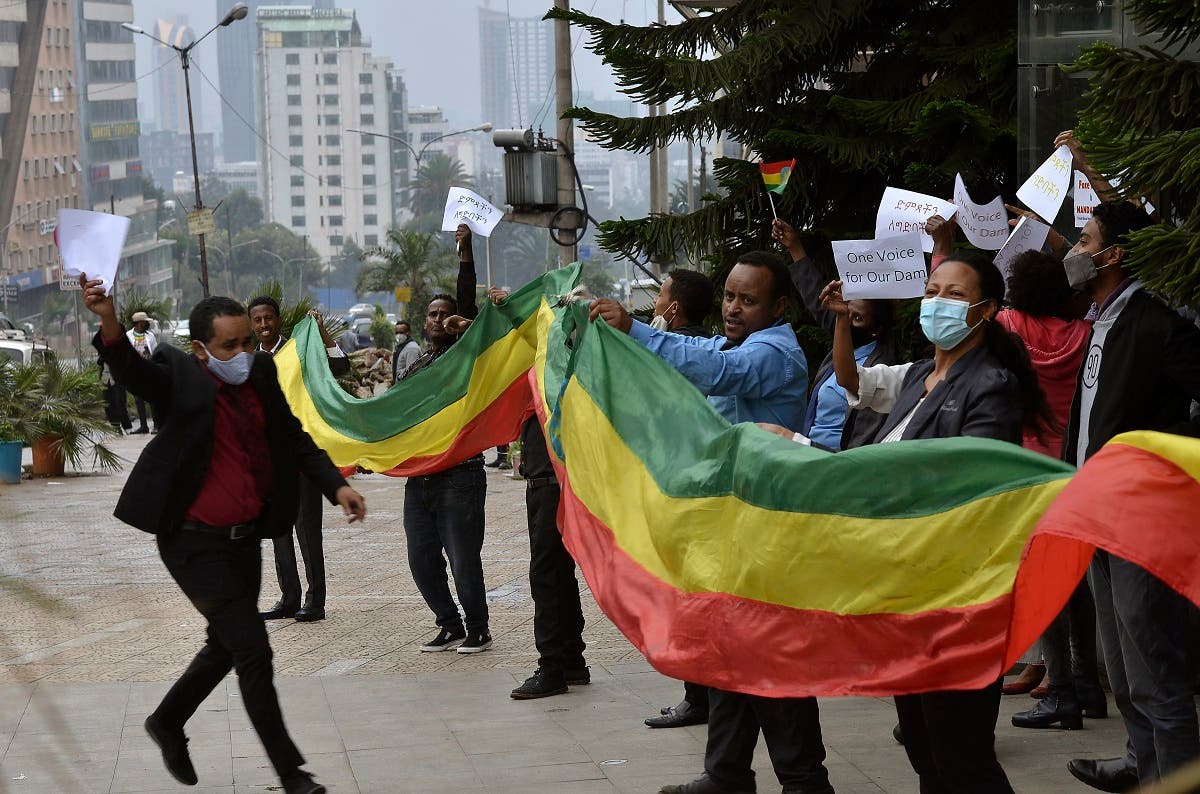 Ethiopians celebrate the progress made on the Nile dam, in Addis Ababa, Ethiopia, Sunday August 2, 2020. (AP)

The Ethiopian foreign ministry was not immediately available for comment.

The United States and Ethiopia have long been close allies, with Ethiopia often working in tandem with the US officials against Somali extremist insurgents.

But US officials have been frustrated by their inability to strike a deal. Ethiopia says the $4 billion dam will generate electricity and help lift its population of 109 million people out of poverty.

The dam, when finished, will have an installed capacity of 6,450 megawatts – more than doubling Ethiopia’s existing capacity – and is the centerpiece of the country’s bid to become Africa’s biggest power exporter.

But Egypt relies the Nile for more than 90 percent of its fresh water supplies and fears the dams will exacerbate existing shortages.

Negotiations have previously faltered over a demand from Egypt and Sudan that any deal should be legally binding, over the mechanism for resolving future disputes, and over how to manage the dam during periods of reduced rainfall or drought.