Warner Bros. released the trailer for Cry Macho on Thursday. Clint Eastwood directs and stars in the film opening Sept. 17 in theaters and on HBO Max.

The trailer shows Miko and Rafael bond during their drive and stops at local bars. Miko lectures Rafael on the fallacy of acting macho.

“This macho thing is overrated, just people trying to be macho to show that they’ve got grit,” Miko says. “That’s about all they end up with.”

Macho is also the name of Rafael’s pet rooster. Rafael smuggles Macho into Miko’s truck, startling him as he drives.

Cry Macho is based on the book by N. Richard Nash. Nick Schenk wrote the screenplay adaptation.

Eastwood, 91, last starred in the 2018 film The Mule, which he also directed. He last directed 2019’s Richard Jewell. 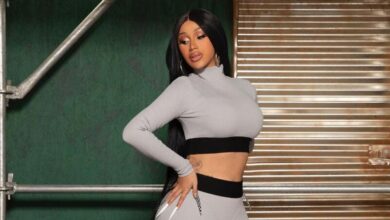 Cardi B Mourns The Death of Fashion Designer Thierry Mugler