People in Hungary have started voting in an election that will determine whether incumbent Prime Minister Viktor Orban will extend his 12 years in power by winning another term.

Polls opened on Sunday morning following an electoral campaign dominated by the war in neighbouring Ukraine.

The race is the closest in years as the six main opposition parties came together and picked up a single candidate, Peter Marki-Zay, with the common goal of bringing down Orban and his Fidesz party.

A 49-year-old marketing expert and the mayor of the city of Hodmezovasarhely in southeast Hungary, Marki-Zay was a surprise choice to emerge out of the opposition primaries. A conservative independent politician, he is a practising Catholic and the father of seven children.

He has been fighting his campaign predominantly on the streets as billboards, most of the media, state television and radio are all under the control of the right-wing prime minister, who is accused of splitting the country, moving towards autocracy and getting too close to Russia.

A proponent of what he calls “illiberal democracy”, Orban has taken many of Hungary’s democratic institutions under his control, and depicted himself as a defender of European Christendom against what calls Muslim migrants, progressivism and the “LGBTQ lobby”.

In his frequent battles with the European Union, of which Hungary is a member, he has portrayed the 27-member bloc as an oppressive regime reminiscent of the Soviet occupiers that dominated Hungary for more than 40 years in the 20th century, and has bucked attempts to draw some of his policies into line with EU rules.

While the opposition called for Hungary to support its embattled neighbour and act in lockstep with its EU and NATO partners, Orban, a longtime supporter of Russian President Vladimir Putin, is portraying himself as an apostle of peace, who can keep Hungary out of the war and Hungarians safe.

“This is not our war we cannot gain anything, but we can lose everything,” he told a cheering crowd during a rally. “We have to stay out of it,” Orban said.

After the initial shock about the war next door, the peace rhetoric seems to be working for the voters. For a short time, polls had Fidesz and the opposition alliance neck and neck, but now the governing party is rapidly pulling ahead again.

It is likely that the huge power of Orban’s political machine will decide the result.

Electoral fraud is not out of the question, through fake proofs of residency, vote-buying, and manipulating the votes of ethnic Hungarians from abroad.

The Organization for Security and Co-operation in Europe (OSCE) has sent a full team of 200 people to monitor the election, a highly unusual move in an EU member country.

An interim report of the OSCE already indicated serious deficiencies. The report raised concerns that “the official functions of the government [are] being mixed with campaign activities or being misused as a campaign tool”.

There was a threat of “tactical migration of voters to closely contested constituencies”, according to the OSCE.

The OSCE had already categorised the two previous elections in Hungary in 2014 and 2018 as “free, but not fair”.

“Even if we win, this election is not free,” Marki-Zay, the opposition candidate, said. What are people saying about the COP27 deal? 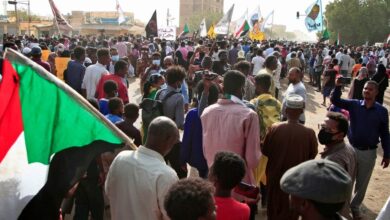 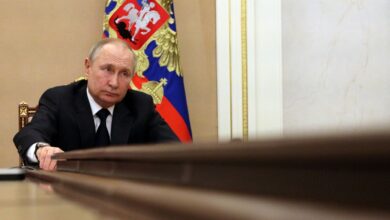