Richard Branson’s space tourism company Virgin Galactic is poised for a key test flight of its two-part launch vehicle, a step that could move it closer to offering regular trips to the edge of space for the ultimate sightseeing tour.

With the launch delayed for more than a month because of COVID-19 restrictions, the company will have from December 11th through the 24th to complete the mission – the first launched from its New Mexico launch site at Spaceport America.

On the task list will be an assessment of improvements to the horizontal stabilisers and to the flight control system that enables the pilot to manipulate them.

The reusable system comprises a double-hull plane called VMS Eve that will carry the crewed passenger vehicle SpaceShipTwo Unity beneath the midpoint of its expansive wings.

Eve transports Unity high into the atmosphere where the passenger craft then separates and proceeds along a suborbital trajectory on its own power.

In December 2018 a Virgin Galactic space vehicle officially crossed into space for the first time when it reached an altitude of 82.8km (51.4 miles).

For this month’s flight, Unity will have two human pilots plus “passengers” in the form of test mannequins behind them in the main cabin.

The instrumented test mannequins will be strapped into the passenger chairs, which will be actively reclined once the vehicle is in space.

Reclining the seats creates more room to manoeuvre when riders are floating in zero gravity. According to plans posted in November, this will be the first time the seats will be tested in space.

A Virgin Galactic spokesperson told Al Jazeera there would be another test flight at a to-be-determined date, when “mission specialists will ride in the cabin to carry out tests on the cabin experience”.

Some of the data gathered during this month’s flight will be sent to the United States Federal Aviation Administration (FAA) to support Virgin Galactic’s request for a commercial reusable spacecraft operator’s licence. The company has already cleared 27 of the FAA’s 29 verification and validation elements.

A $3bn-a-year market in the making?

Winning FAA approval will open the door to what is expected to be a multibillion-dollar space tourism market.

“While space tourism is still nascent, we think it will become mainstream as the technology becomes proven and cost falls,” wrote UBS analyst Jarrod Castle in a March 2019 market study on space tourism and travel opportunities.

“We estimate, given the spectrum for space tourism, by 2029 space tourism could be a market worth (circa) $3 billion per annum,” Castle said, adding that UBS expects the sector to then grow by double digits.

A number of firms are angling for a spot in the new market, according to UBS, with services that range from zero-gravity experiences for around $5,700 to stays in space costing from $550,000 to $5.5m per night all the way up to a trip to the moon for $150m.

UBS estimated that the cost to take a Virgin Galactic suborbital flight would be around $250,000.

According to Virgin Galactic, over 700 people had put down deposits for flights as of July 30.

Not just pleasure, business too

Pleasure travellers are not the only passengers Virgin Galactic plans to transport to suborbit. The company is offering researchers the opportunity to both send payloads aloft and to ride along to monitor their experiments. The seats in the cabin can be removed to make more room for research-focused cargo.

The upcoming flight will be the first powered launch from Spaceport America, where Virgin Galactic is now headquartered.

Completed in 2012, the facility sits in the Jornada del Muerto desert close to White Sands Missile Range. The facility is attracting other customers as well.

In October the Canada-based C6 Launch Systems signed a deal to both test and operate its small rocket from the spaceport. Other tenants and customers include HAPSMobile, AeroVironment, UP Aerospace, and SpinLaunch. Boeing and EXOS Aerospace also use the spaceport.

Only a few years ago, spaceports seemed more fanciful than a solid financial investment. Now 11 states in the US have licenced commercial spaceports and 13 more localities are proposing such facilities, Steve Wolfe, deputy executive director of the Global Spaceport Alliance, told Al Jazeera.

“Right now all the spaceports are looking at dedicated runway facilities for horizontal take-off and landing [HOTOL],” he said.

HOTOL is the plane-like approach used by Virgin Galactic. Classic rockets have a vertical take-off.

“Obviously Virgin Galactic has created a lot of excitement round this,” said Wolfe.

“Now there are these air-launched vehicles,” Marcia Smith, a space expert and the editor of SpacePolicyOnline.com, told Al Jazeera.

The United Arab Emirates may be among those with new space-focused ambitions. The UAE and Virginia Galactic signed a memorandum of understanding in March 2019, potentially paving the way for the creation of a UAE spaceport to support tourism launches as well as research.

“A lot of this technology is getting to a price point where a country of modest size could actually afford their own space programme,” said Wolfe. “There’s a lot of prestige involved and also the excitement around the economic development potential.” 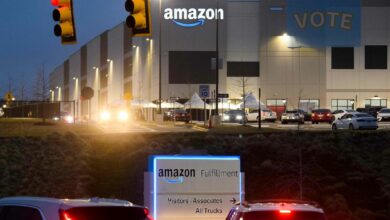