The daughter of the Fast & Furious star shared a beautiful picture of her walking down the aisle with Diesel and her walking away from the altar with Thornton-Allan after they were officially married.

According to Walker, The wedding was a “very intimate celebration” on the beach, and concluded with “dancing in the sand” and a “wonderful display of fireworks,”

Video clips from the wedding also show Diesel and Meadow preparing to walk down the aisle, as well as Diesel helping the newlyweds get into a car for photos.

Walker’s father died in November 2013. The 40-year-old was killed in a car crash in Los Angeles, his final film appearance was in Furious 7 as Brian O’Conner, a character he had been playing since 2001’s The Fast and the Furious.

Following her father’s death, Meadow Walker founded and currently is the president of the Paul Walker Foundation, which seeks to help protect oceans and wildlife. She has also maintained a close relationship with her father’s former co-star. Kim Kardashain in ‘Skims Naked’ in the Desert! 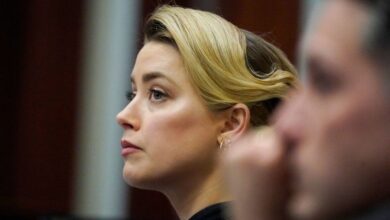