To meet the commitment, the Southeast Asian nation will need to look at rice – one of the country’s key exports and a staple food – but also the second biggest contributor to greenhouse gas emissions among foodstuffs after beef.

The heart of Vietnam’s rice production lies in the country’s Mekong Delta region known as the “rice bowl” of the nation. More than 50 percent of the country’s total rice and 95 percent of its exports are grown here, in an area roughly the size of the Netherlands.

But rice farming in the Mekong faces a double challenge – not only is the crop a source of emissions but rising sea levels linked to climate change, as well as man-made factors, are making the grain increasingly difficult to grow in the low-lying region.

Tran Dung Nhan grew up on a rice farm in Tra Vinh Province on the coast of the southern Mekong Delta.

Droughts, floods, rising sea levels, and the intrusion of salt in the freshwater he needs for his paddy fields have eaten away at the meagre income he once enjoyed.

The family farm used to be able to produce three crops per year. Now, they struggle to produce even one – and even then, the yield is unpredictable. 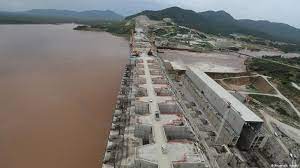 Handful of Afghans who fled to Kyrgyzstan face uncertain futures