Conor McGregor and Machine Gun Kelly got involved in a physical fight on the red carpet on Sunday night.

The Irish mixed martial artist was seen throwing his drink at the rapper, and eventually, the pair had to be pulled apart by security.

According to a report by TMZ, the altercation started when Conor allegedly asked MGK for a photo, but Kelly denied his request, and eventually pushed the 33-year-old, resulting in Conor throwing his drink at Kelly. 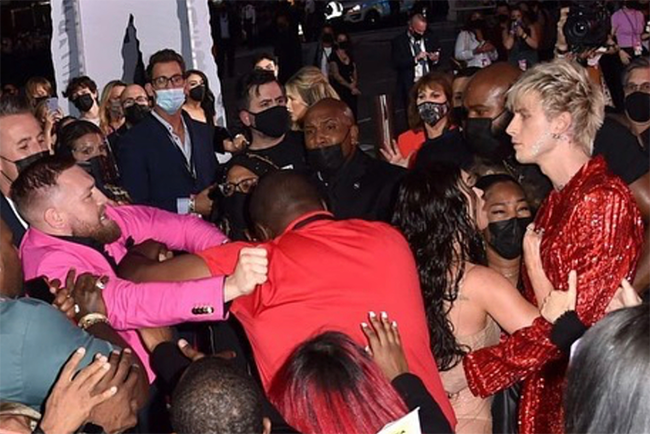 A spokesperson for McGregor issued a statement to MMA Fighting following the incident at the Barclays Center in New York.

“Conor McGregor did not ask anyone for a picture, nor did he instigate this incident,” McGregor’s spokesperson said. “He does not know Machine Gun Kelly, outside of the fact that he attended Conor’s fight this past July.” 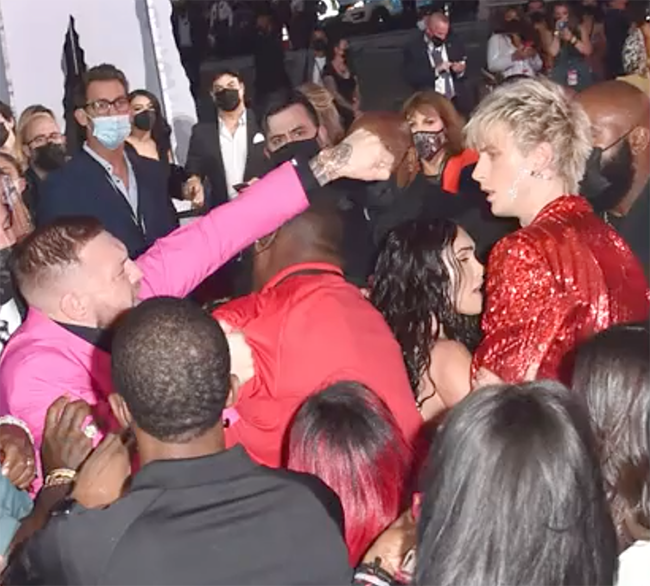 On the red carpet, Troye Sivan talked to Variety’s Marc Malkin about the incident, Malkin asked Sivan what does the VMA’s mean to him, ”It’s Iconic” Sivan replied.

‘I just saw a fight on the red carpet, I’m like you’re gonna die, I don’t want to like spread the rumors, but I saw some crazy sh**. ” the singer who rocked an all-black outfit said.

When Troye was asked who was fighting he said that he did not want to spread rumors, and that everyone will see soon due to all of the cameras.

Tuba Büyüküstün Posts ‘I Miss You’! Does She Mean Umut Evirgen?

Can Yaman: Demet Özdemir Is Not My Dream Girl.. and She Responds “What a Cocky”!

Tiffany Haddish Wants to Adopt and Start a Family