US President Donald Trump on Tuesday said the Venezuela situation “has nothing to do with our government”.

“We’ll find out. We just heard about it,” Trump said when asked about the incident and the Americans’ arrest.

Maduro held up a pair of blue US passports, reading off the names and birth dates on them in a nationwide broadcast on state television on Monday.

He showed images of the fishing boats the alleged attackers rode in on and equipment such as walkie-talkies and night-vision glasses. He blamed the attacks on the Trump administration and neighbouring Colombia, both of which have denied involvement.

“The United States government is fully and completely involved in this defeated raid,” Maduro said, praising members of a fishing village for cornering one group and netting the “professional American mercenaries”.

A person familiar with the matter told Reuters news agency the two US citizens were captured on Monday in a second-day roundup of accomplices, and were believed to be in the custody of Venezuelan military intelligence. The source, speaking on condition of anonymity, said the details came from contacts with Venezuelan security forces.

A Florida-based ex-Green Beret Jordan Goudreau told The Associated Press he was working with the two American men in a mission launched early on Sunday to “liberate” Venezuela. The operation left eight people dead at a beach near the port city of La Guaira.

He identified the two former US military veterans taken into Venezuelan custody as Luke Denman and Aaron Berry. The two served alongside him in Iraq and Afghanistan, Goudreau said.

Goudreau said the men were part of an mission called Operation Gideon.

Opposition politicians and US authorities issued statements suggesting Maduro’s allies fabricated the assault to draw attention away from the country’s problems. 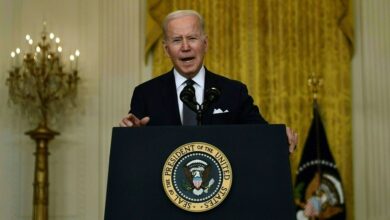