Protesters closed large roads in cities across Iraq on Sunday night, escalating their campaign for political change, as the clock ticked down the final hours to their deadline for the government to meet their demands for reform. 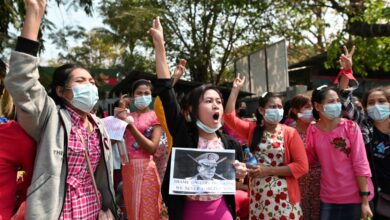 Xi says China facing more complex challenges than ever before