Britain’s highest court was this week set to consider who the UK government recognizes as president in economically-crippled Venezuela in a case that could determine the fate of gold worth $1.0 billion.

A UK legal battle lasting more than a year has ended up at the Supreme Court in London for four days of deliberations starting Monday.

At the heart of the case is who has the power to direct the release of Venezuela’s gold reserves.

The Court of Appeal in October asked for a re-examination of a High Court judgement that said the UK government “unequivocally recognized” Venezuela’s opposition leader as president.

The UK court rulings have been made in connection with a dispute over gold reserves that Venezuela’s central bank wants the Bank of England to release.

The BoE said it could not act on the instructions because of competing claims for the presidency after disputed Venezuelan elections in 2018.

Ahead of this week’s hearing, the UK government maintained in a statement that it “has the right to decide who to recognize as the legitimate head of a foreign state.

“The UK recognizes Juan Guaido as president of Venezuela and consequentially he is the only individual recognized to have the authority to act on behalf of Venezuela as its head of state.”

The Venezuelan central bank’s board was appointed by Maduro, but a rival ad hoc board appointed by Guaido asked for release of the gold to be denied.

Guiado’s January 2019 claim to the presidency was backed by the United States and dozens of other countries.

Washington and Caracas broke off diplomatic relations in 2019, and the nation has plunged deeper into political, economic and humanitarian crisis. 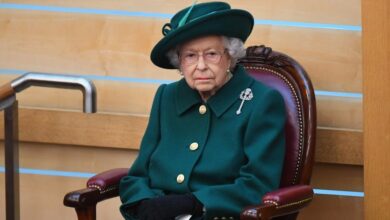