Just two years ago in Saudi Arabia, shops were banned from selling red roses and teddy bears for Valentine’s Day. Celebrating lovers’ day was illegal as the Christian holiday was deemed “un-Islamic.”

This week, a Saudi newspaper published a Valentine’s Day dining guide and flower shops have been busy booking orders for romantic bouquets.

“You never used to see people wearing anything red around Valentine’s Day,” Rania Hassan, a Riyadh resident told Al Arabiya English. “Even if people were coincidentally dressed in red, the religious police used to stop them.”

Things changed after the cabinet issued a decree restricting the Committee of Promotion of Virtue and Prevention of Vice in 2016, and Saudis have increasingly embraced the celebration ever since. 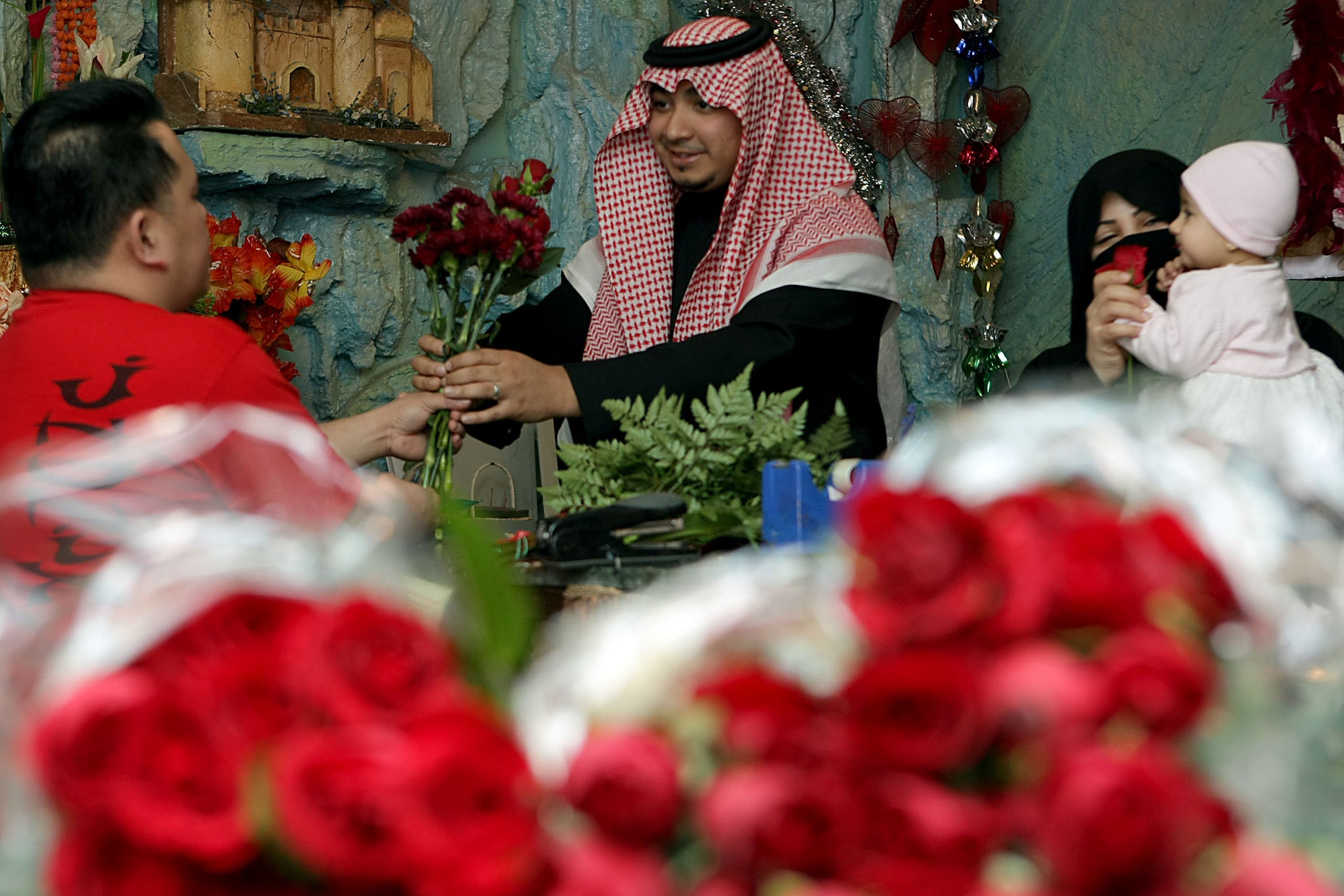 A Saudi man buys red roses for his wife at a flower shop in Riyadh on the eve of Valentine’s Day. (File photo: AFP)

Saudi daily newspaper Arab News listed several restaurants that allow guests to celebrate Valentine’s Day, including one that will offer a themed menu with special arrangements for Valentine’s surprises.

Faisal al-Himedi, from a flower shop in Jeddah, said things had changed fast. “There’s been a huge difference in sales from the previous years to this year. The environment became more open in recent years when it comes to Valentine’s Day, and so sales have definitely gone up,” he told Al Arabiya English.

Before the ban was lifted, people who wanted to send their loved ones flowers or gifts used to get round the rules by reaching out to shopkeepers weeks in advance, who would sell roses and items embellished with hearts at shockingly-high prices.

The prices of roses and gifts have fallen sharply since restrictions eased, Hassan added.